Set of 4 dining chairs made of rattan and metallic black frame. These look like chairs from Dirk van Sliedregt (Dutch designer 1920-2010) but I'm not sure they are because there are some slight differences. They have probably been produced by Dutch furnituremaker Noorwolde. Anyway they look extremely nice. Mint condition for 2 of them and the 2 other ones have each 1 very small rope missing, 1 in the back and 1 in the front like shown on both last pictures. They are sturdy, heavy and also stable. They're also comfy and that came as a surpirse to me because I had my little opinion on them, but I was wrong. Great look for a kitchen or outside. Can be mixed with a wooden table or could warm up something different like a stone or even a white table. 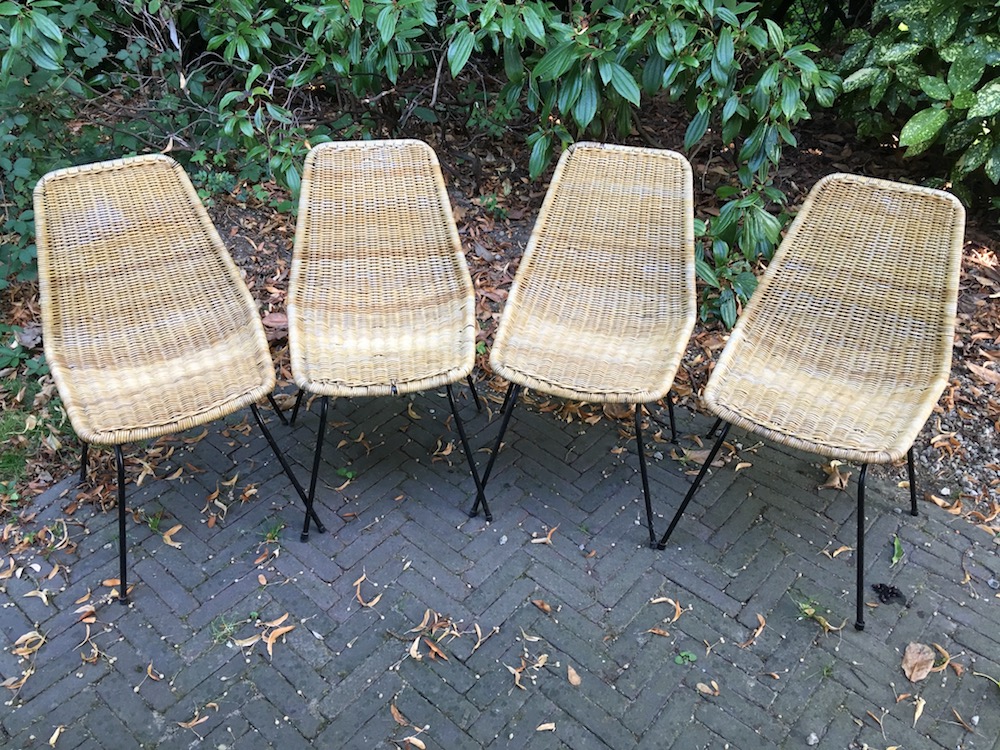 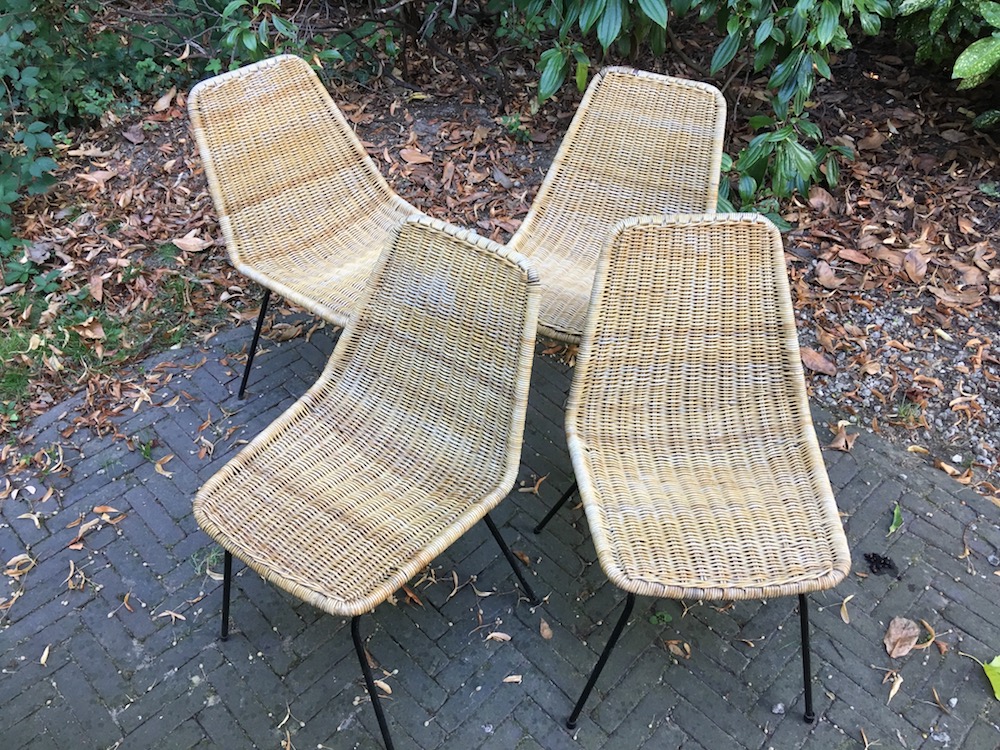 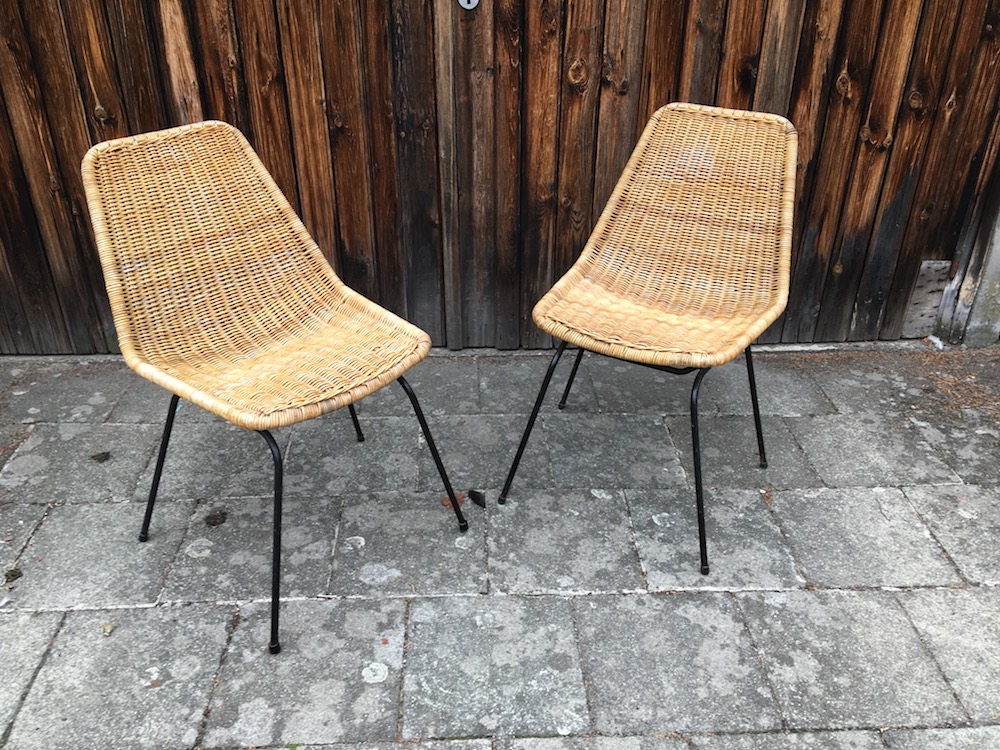 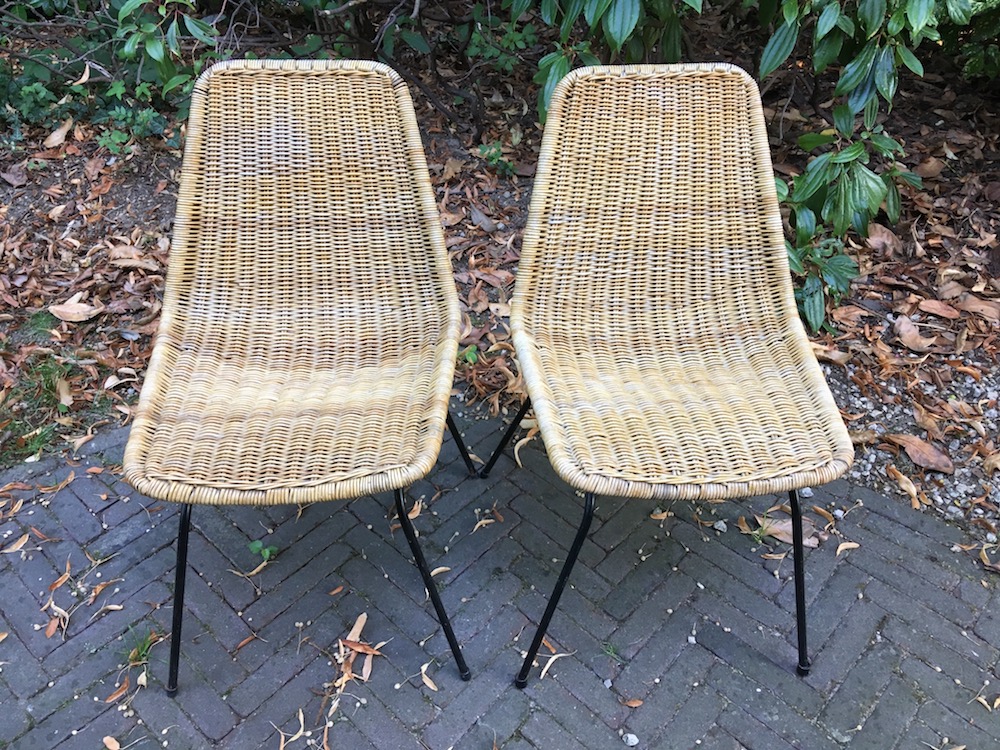 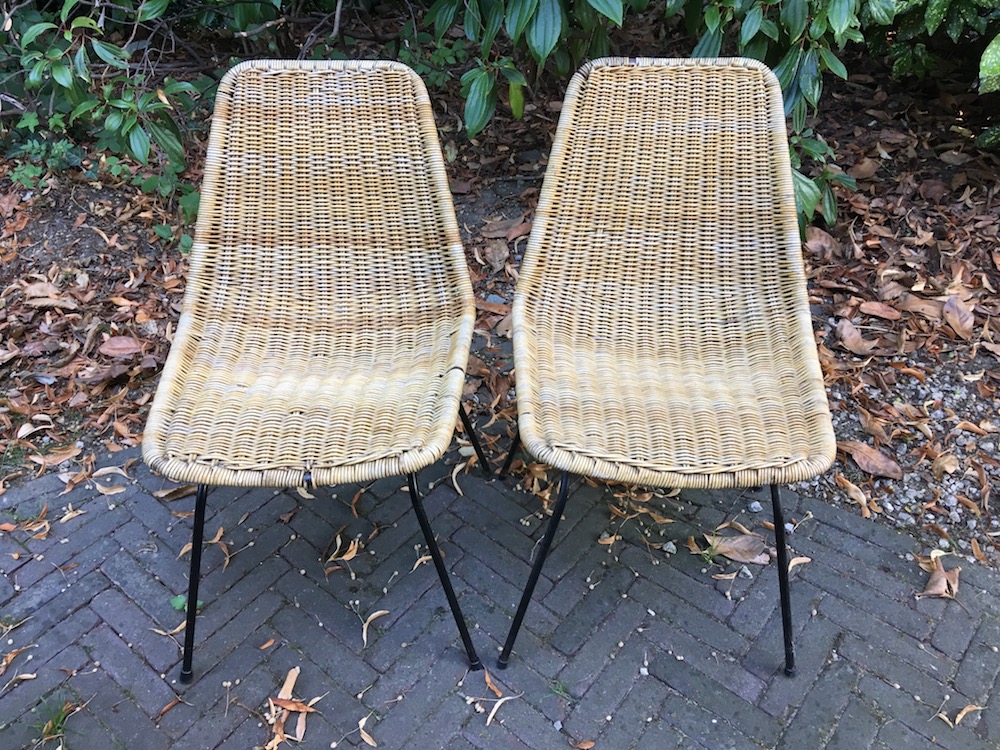 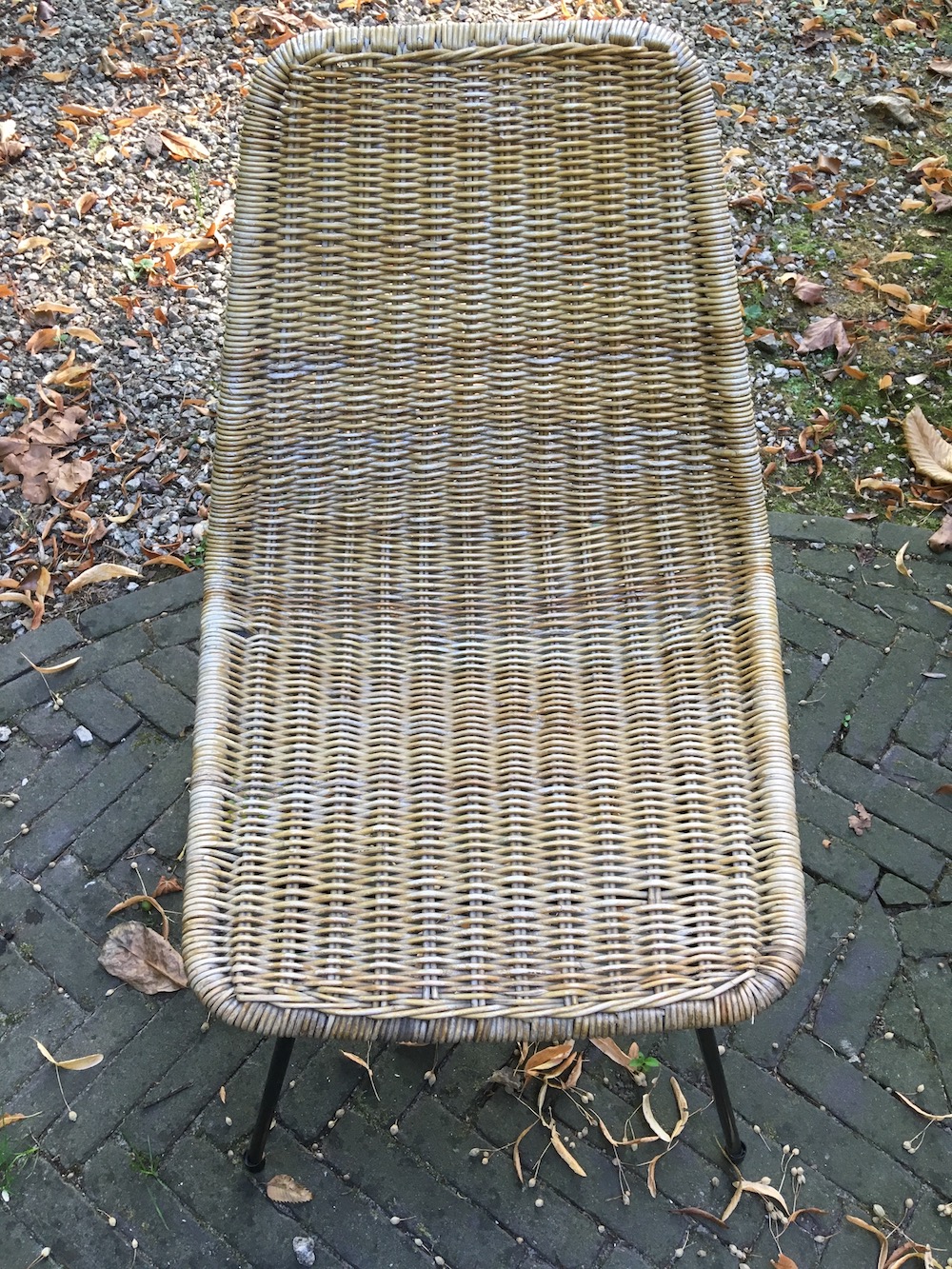 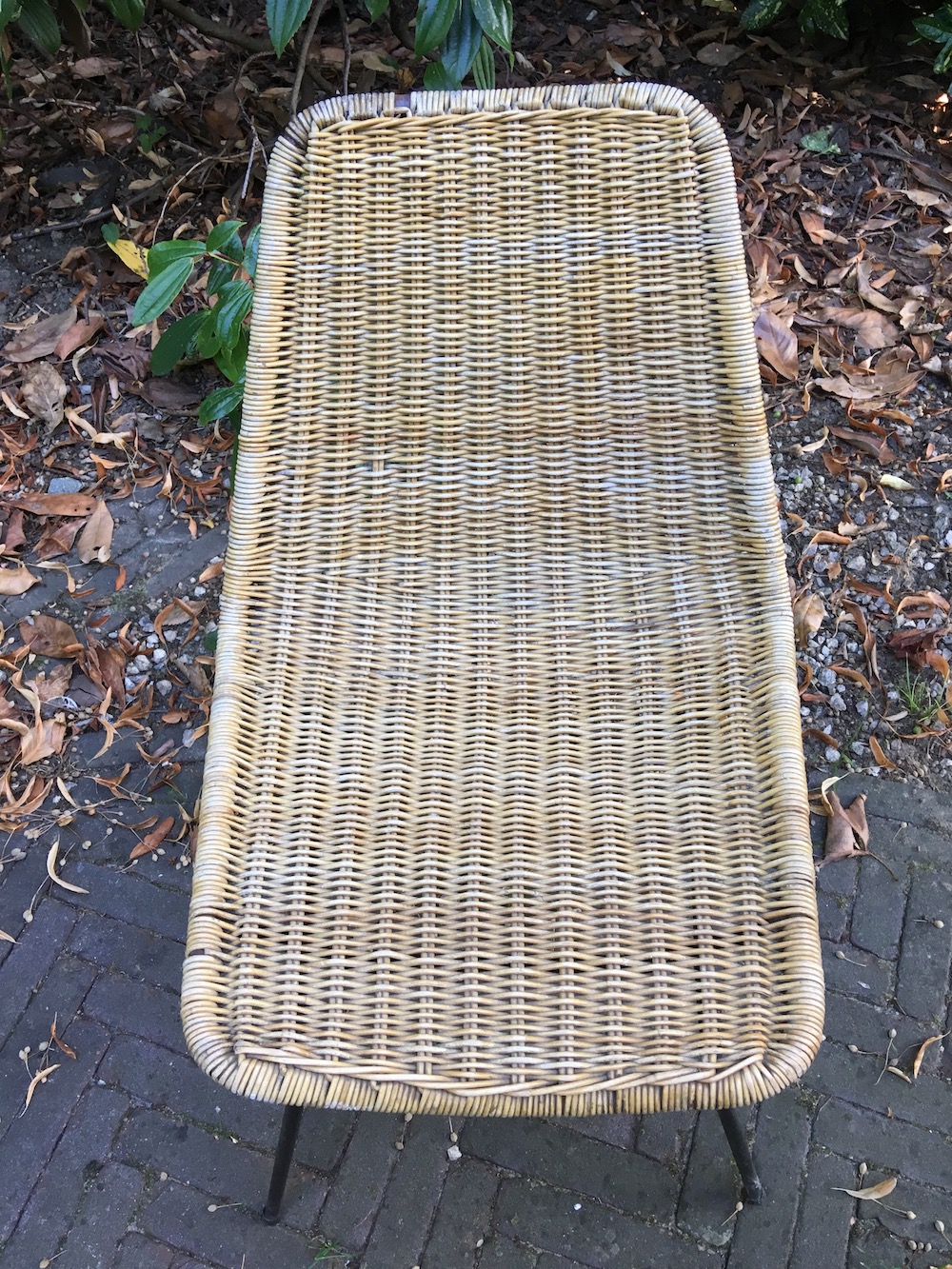 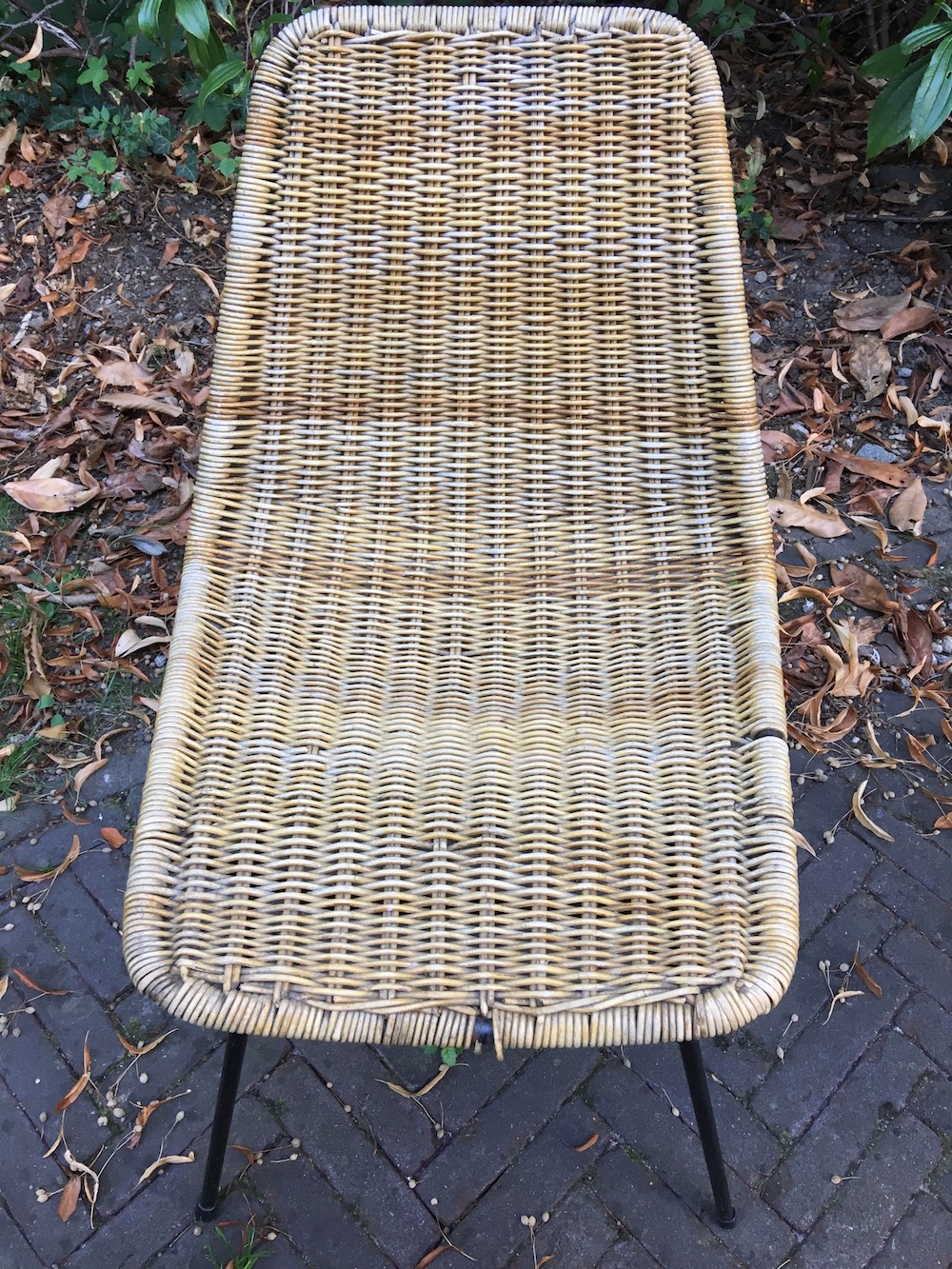 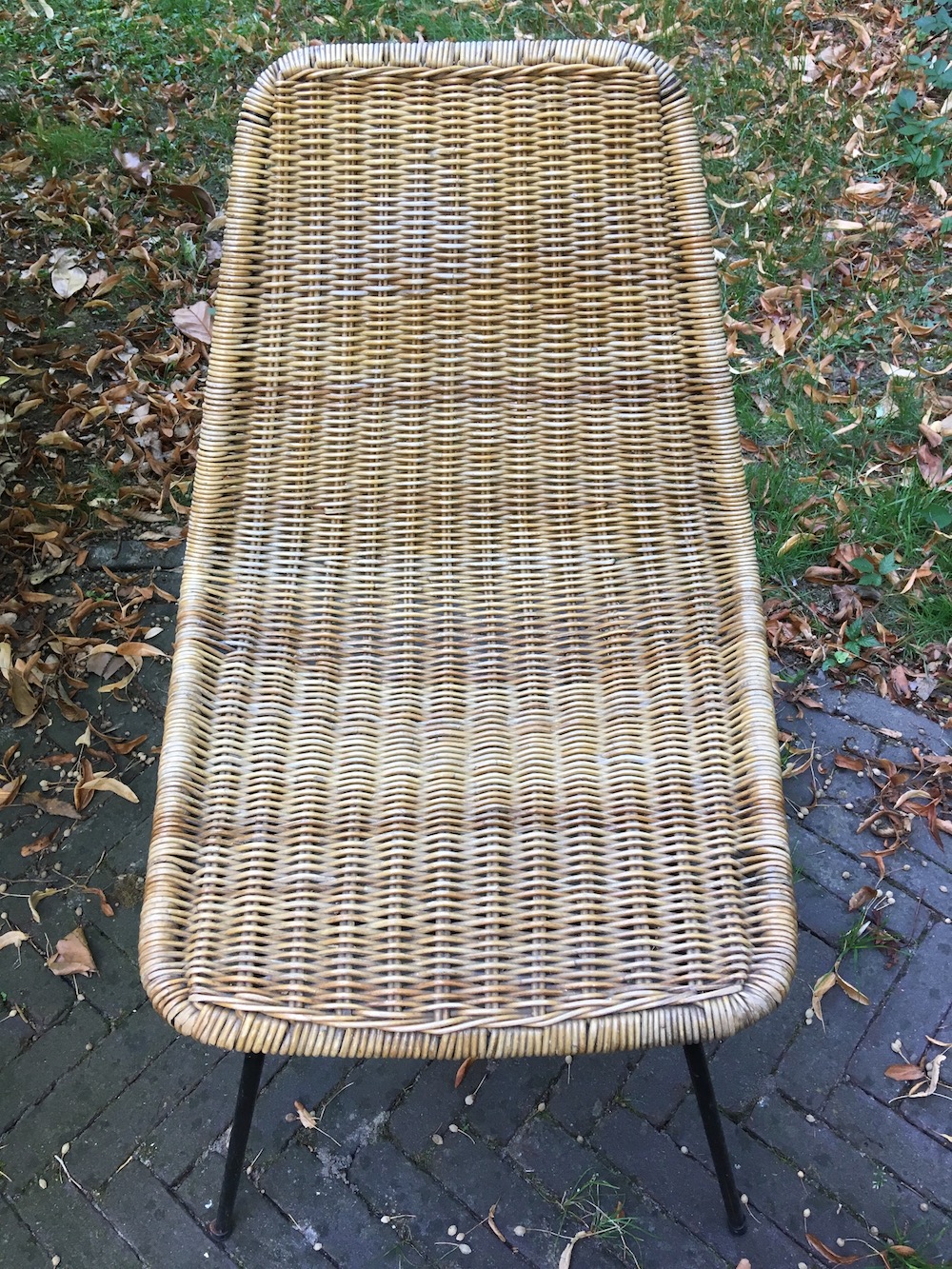 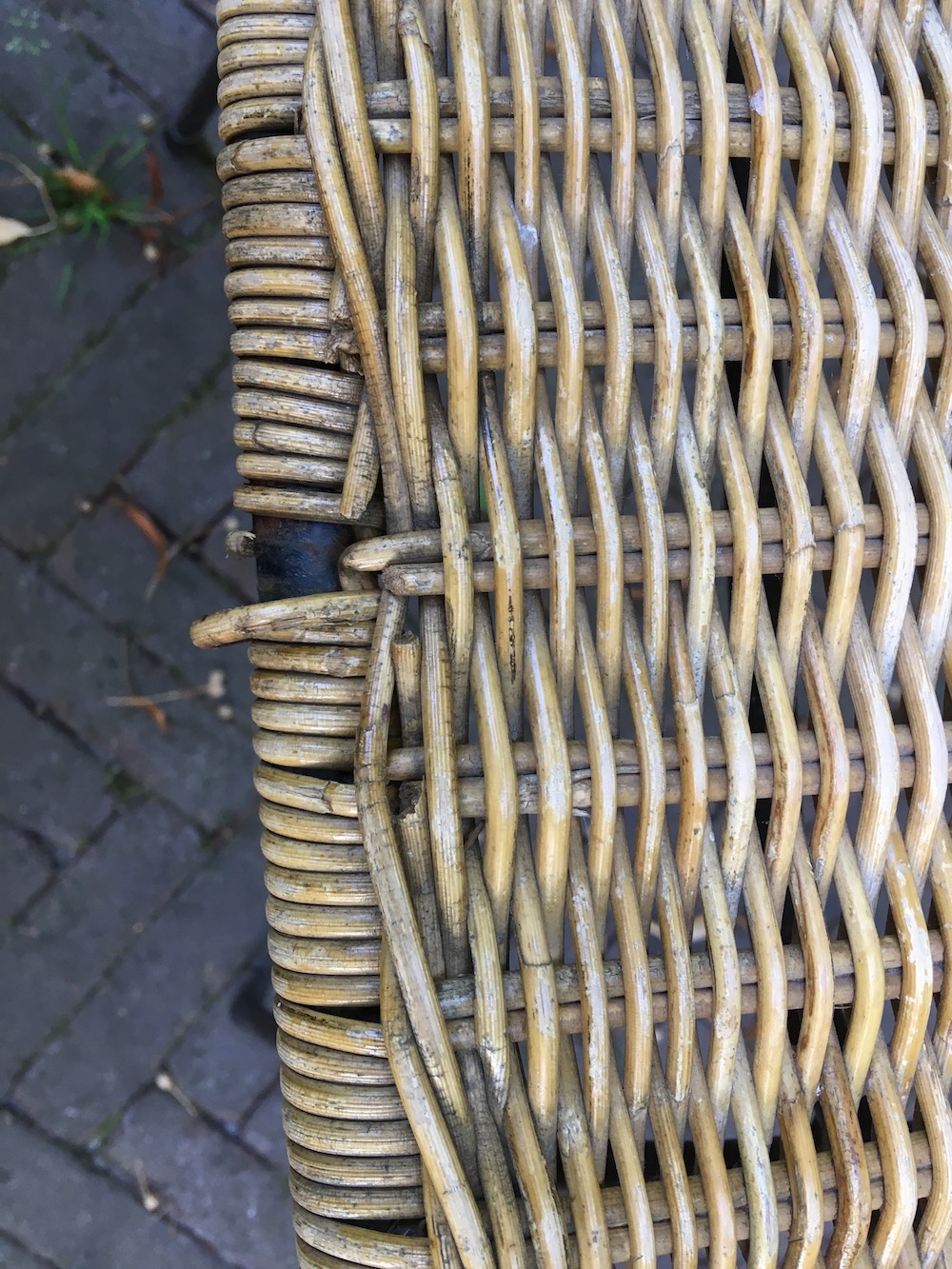 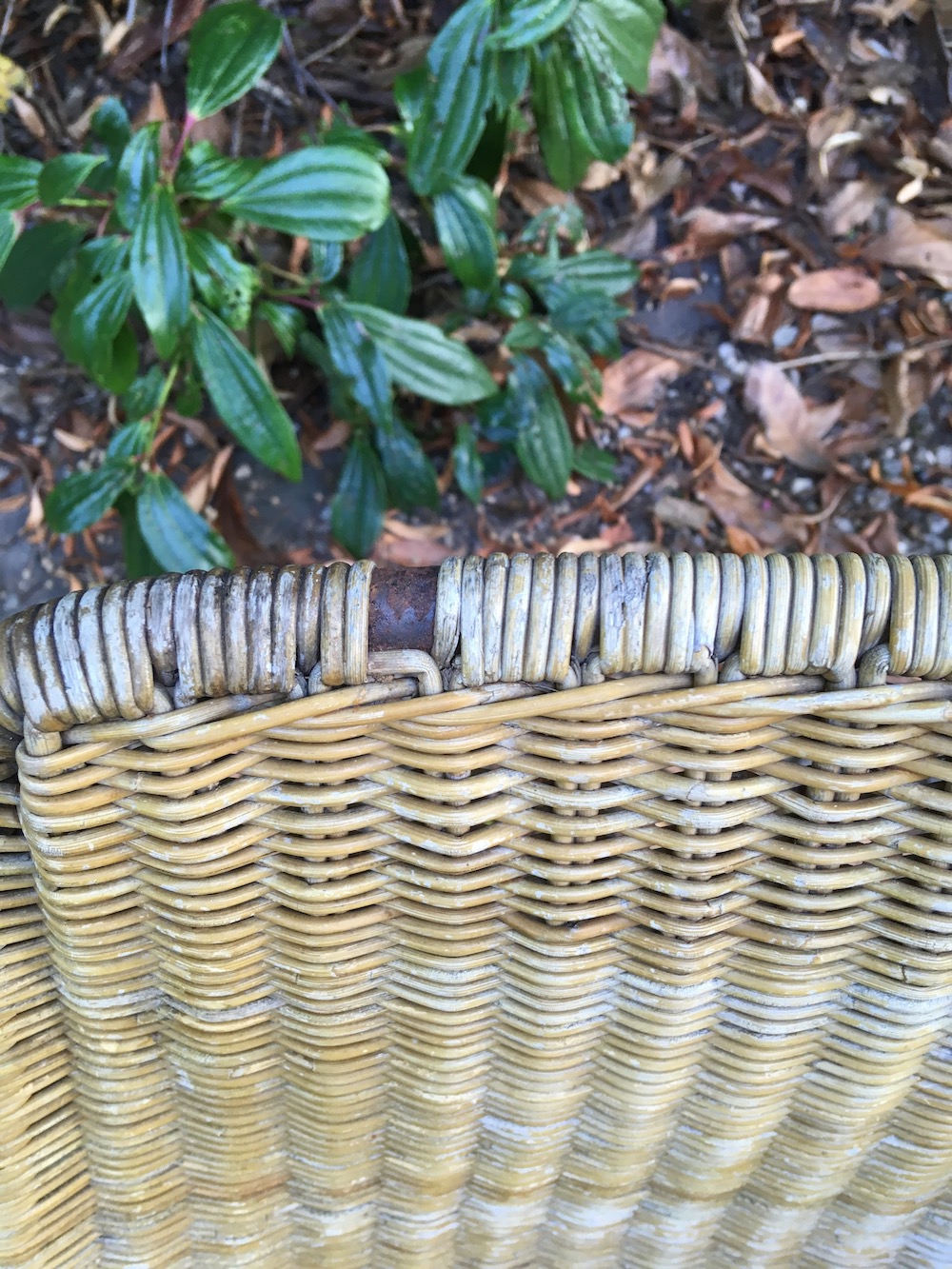