Beautiful Panton-Chair by Verner Panton. This chair, also called S-chair, has become a design icon over the years. At first Panton had a hard time finding a manufacturer who would produce his chair according to his wishes.  He found an agreement as from 1967 with Vitra which produced for Herman Miller. The early productions were made with fiberglass and polyester but their production time was quite long. Later Vitra produced the chairs with Thermoplast and the edges (between back of feet and seating) were reinforced underneath (see pictures). Production of this chair as such has stopped in 1979. Since 1990 it's again produced by Vitra in different materials. I must admit that some years ago I didn't like this chair. But with time I have come to appreciate the off-white tone and most of all its extraordinary S-shaped design. This one has a Herman Miller/Fehlbaum engraved logo underneath and dates from 1977. Hard to find these days. Could fit a bathroom, a desk, a dining table. Best of all I would put it somewhere alone, where it deserves a place by itself. 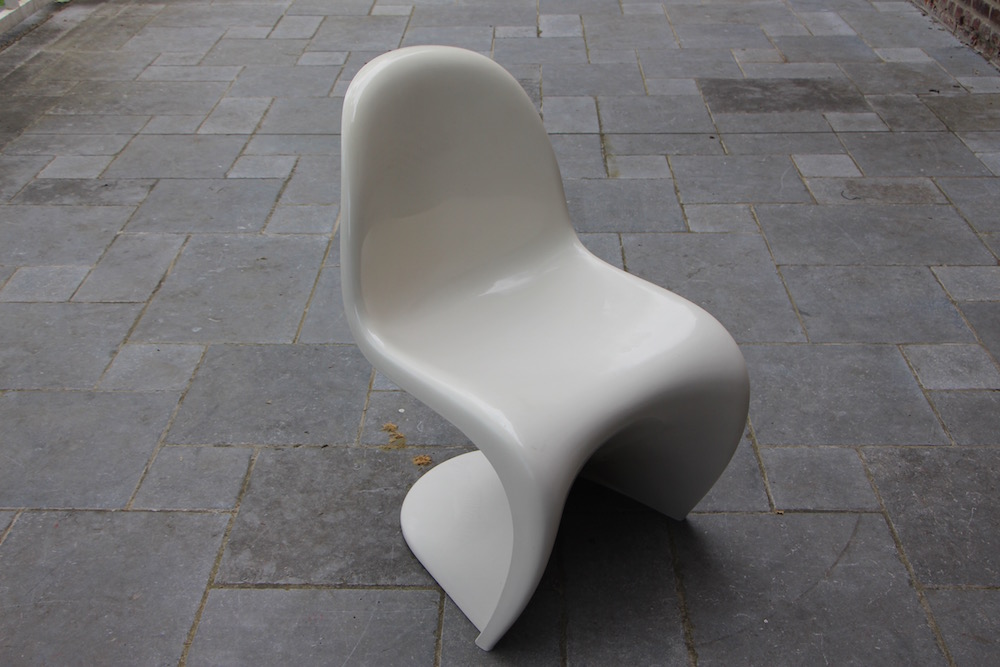 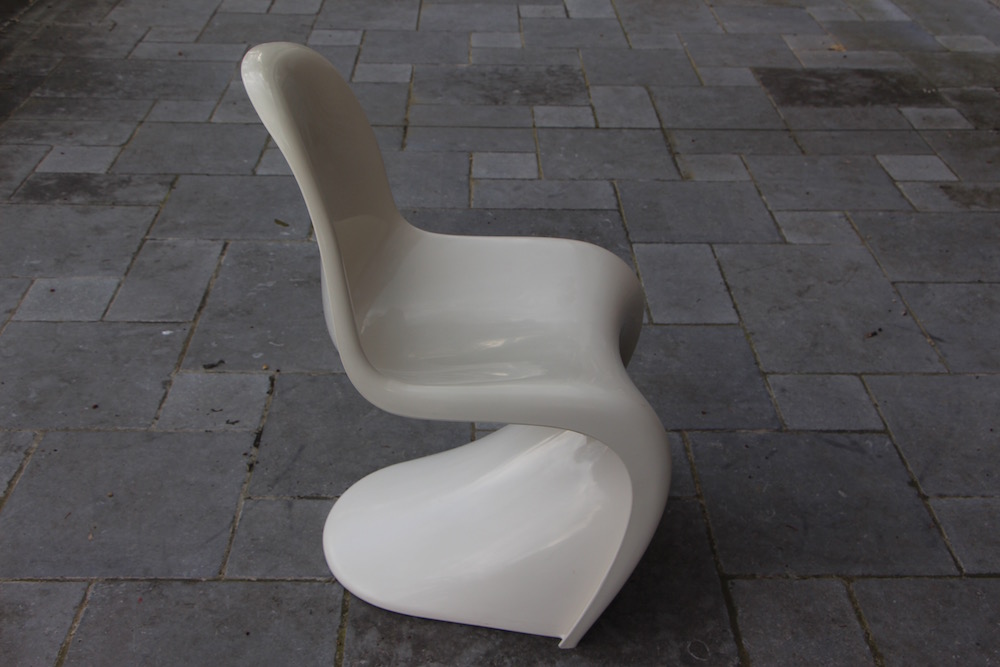 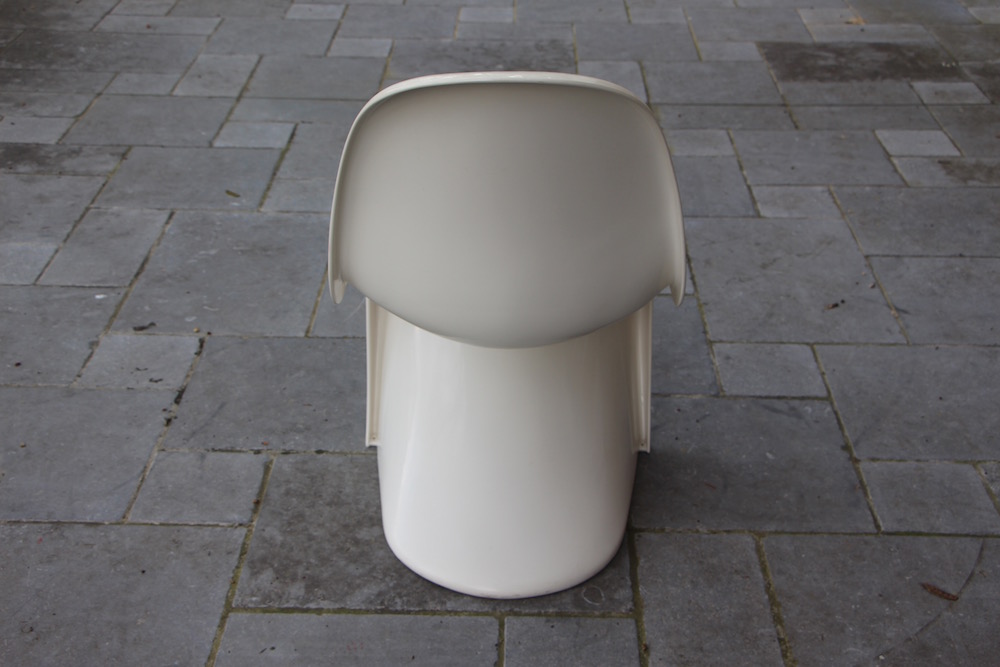 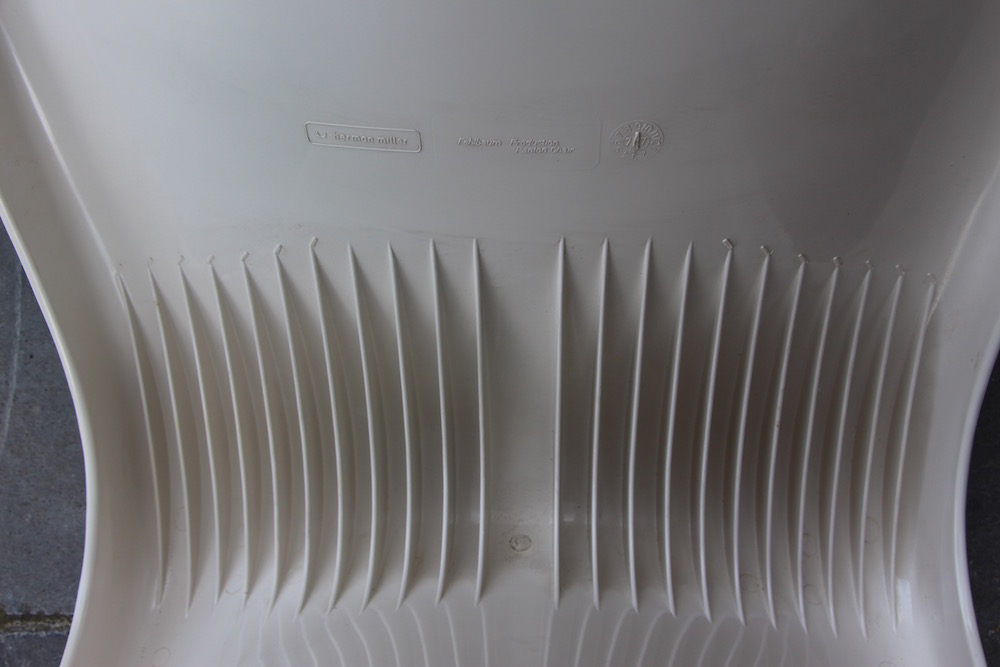 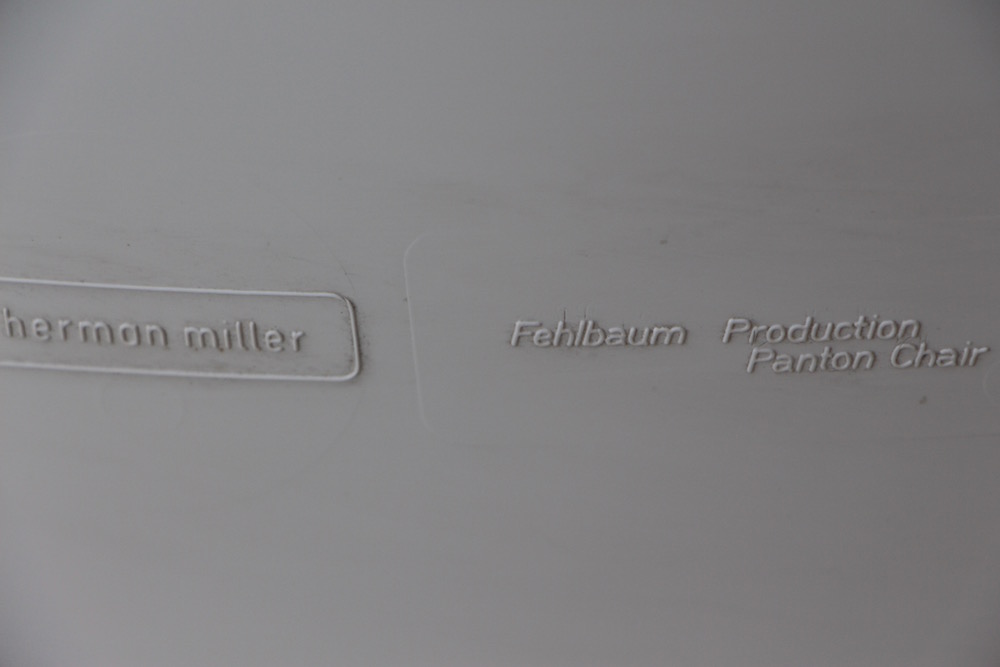