pair of Cesca chairs by Marcel Breuer for Gavina

Awesome pair of cantilever Cesca chairs inspired by Marcel Breuers model who on his turn was inspired by Mart Stam, the real inventor of this model. These chairs are amongst the most known or most classic in the design world. Lots of us grew up with these. We had them in the kitchen, the white frame version. These chairs were first produced by Thonet as from 1927 on. After that, during the fifties by Gavina. Gavina baptised this chair "Cesca" after Breuers' daughter called Francesca. In the late sixties the Knoll Group took over Gavina and they're still produced today. Lot's of copies are found not all of them are compfortable and well finished. The ones made in Italy are often (not always) signed with an engraved logo and a date. If you've never sat on one of these I can only advise you to do so. They're so comfortable, the metallic frame is made of one piece and you have a slight balancing movement when you sit on them. This pair is absolutely lovely because the wood is dark, patinated and warm. The cane is in mint condition, sligth traces of usage in the wood as shown on last pictures. These have a label "made in Italy 54". 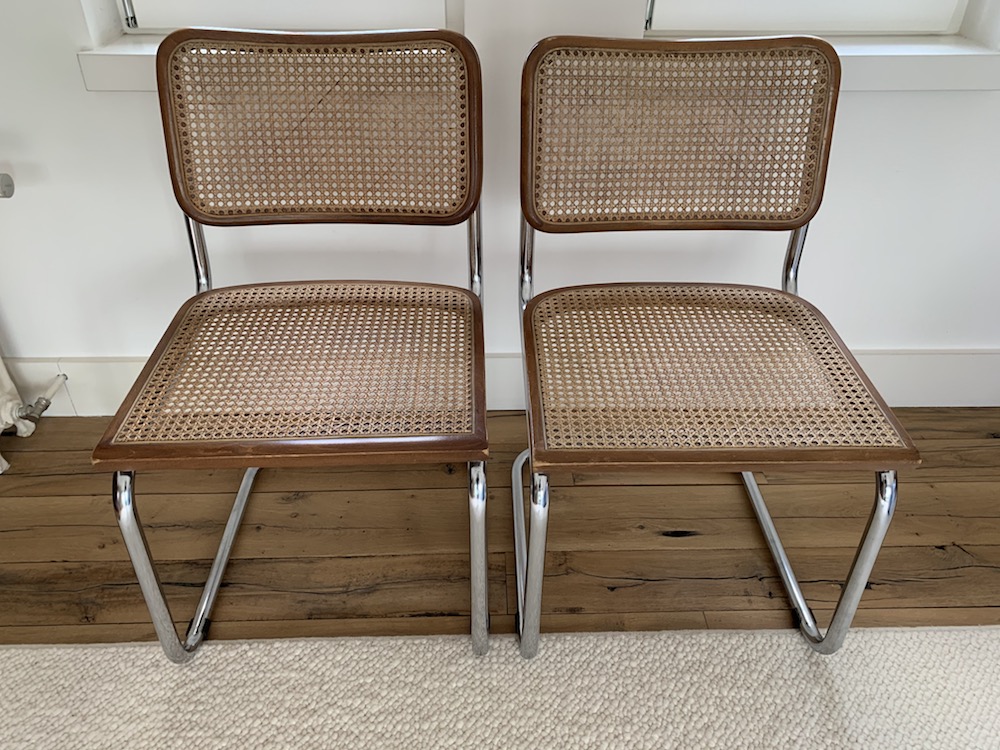 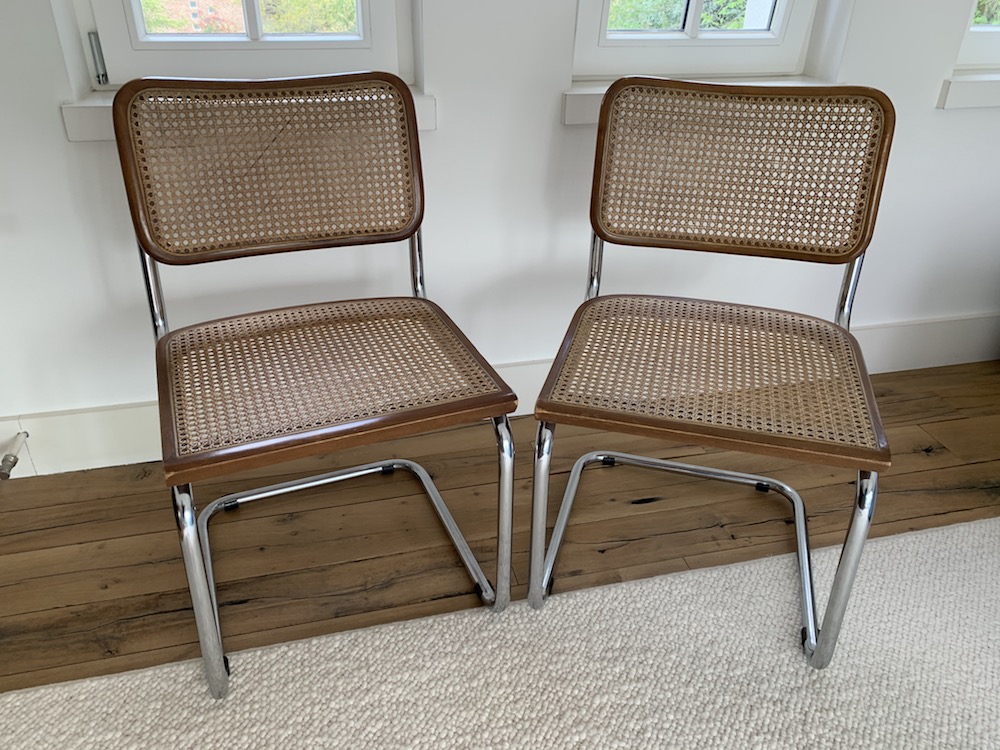 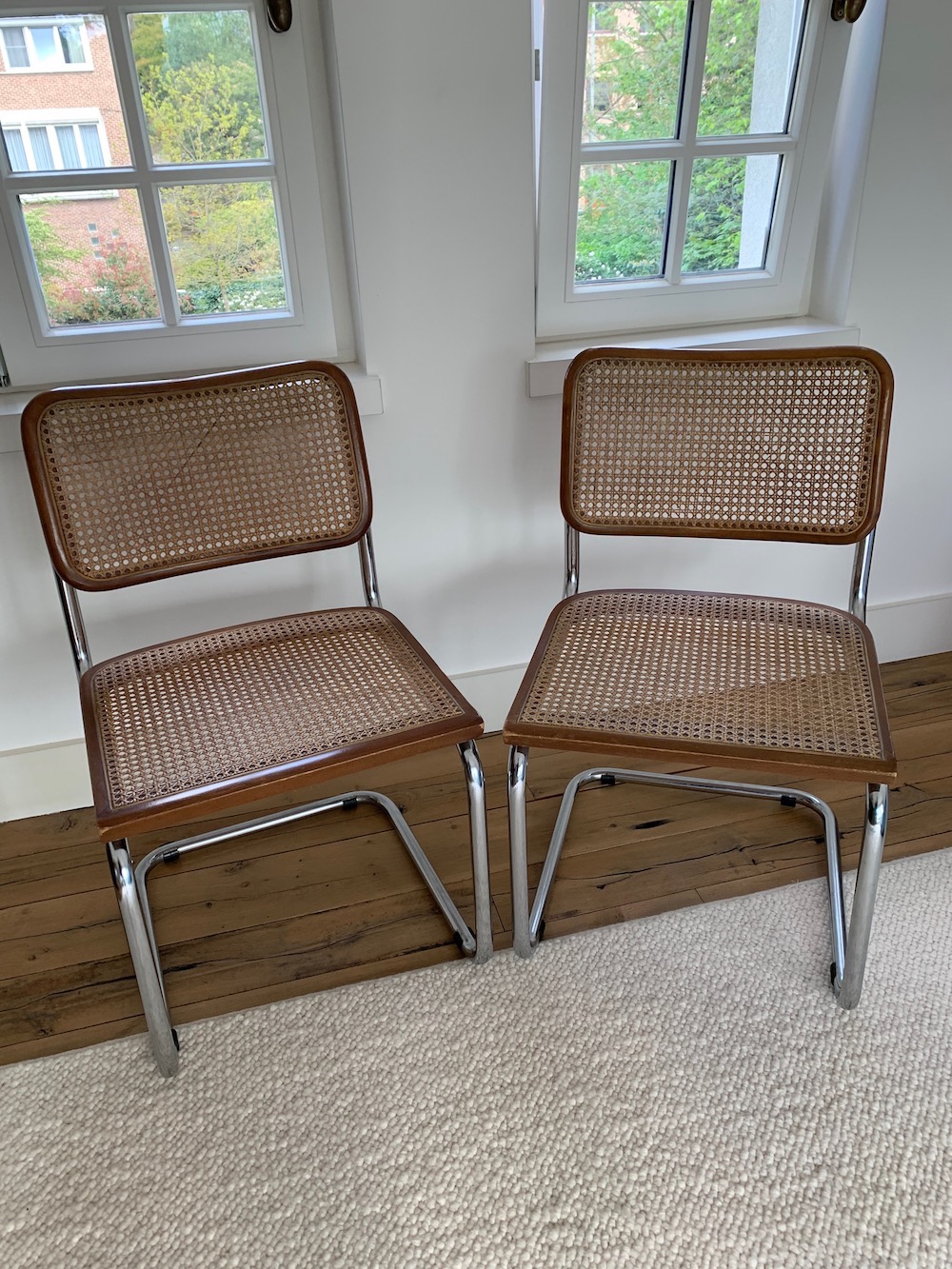 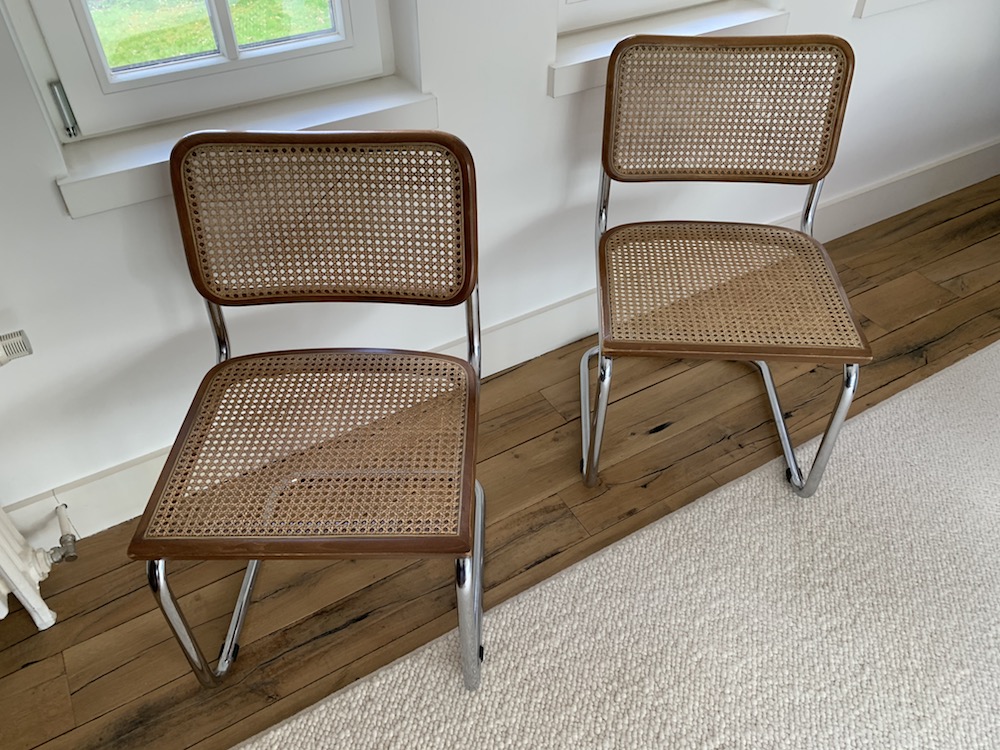 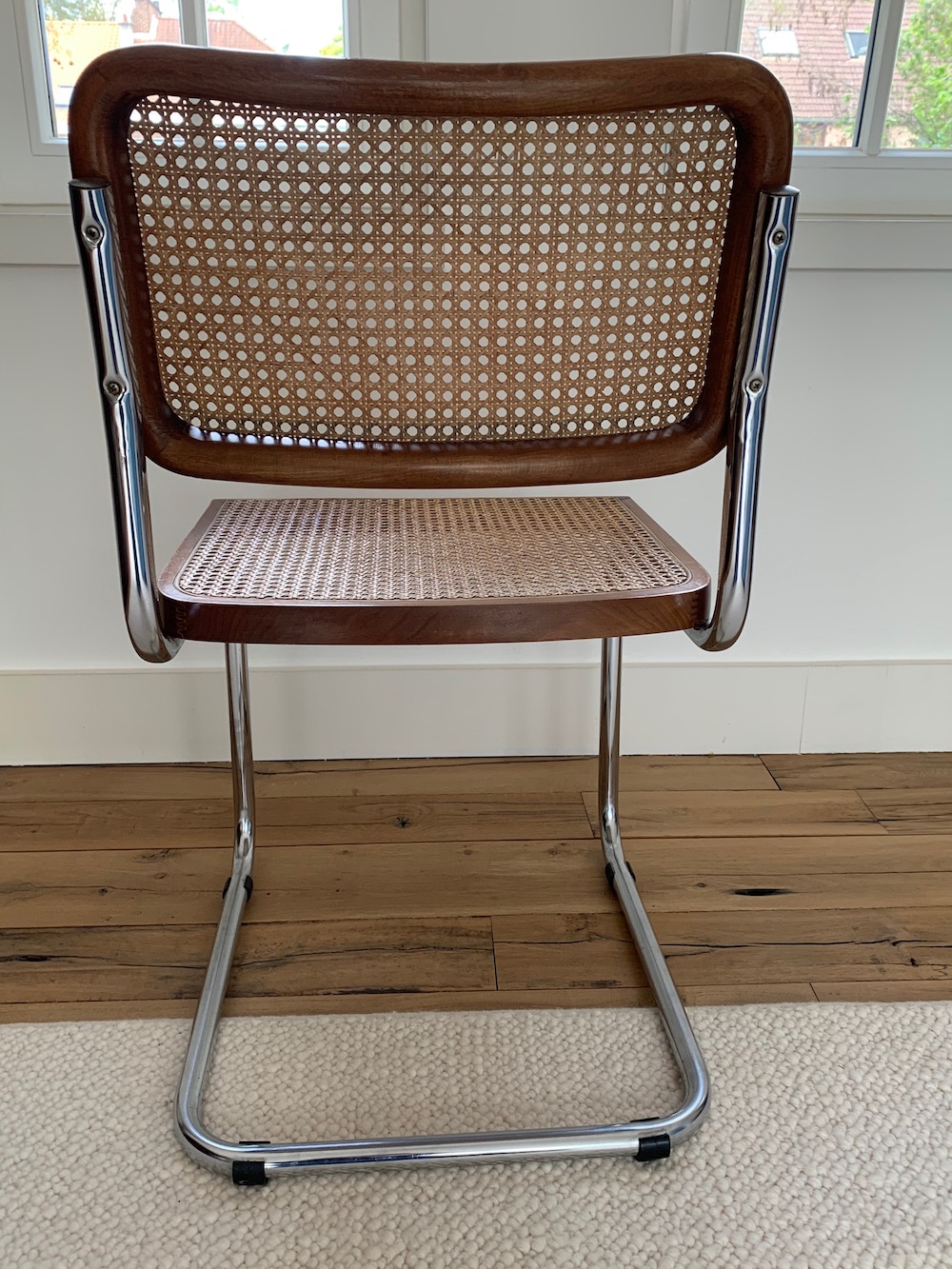 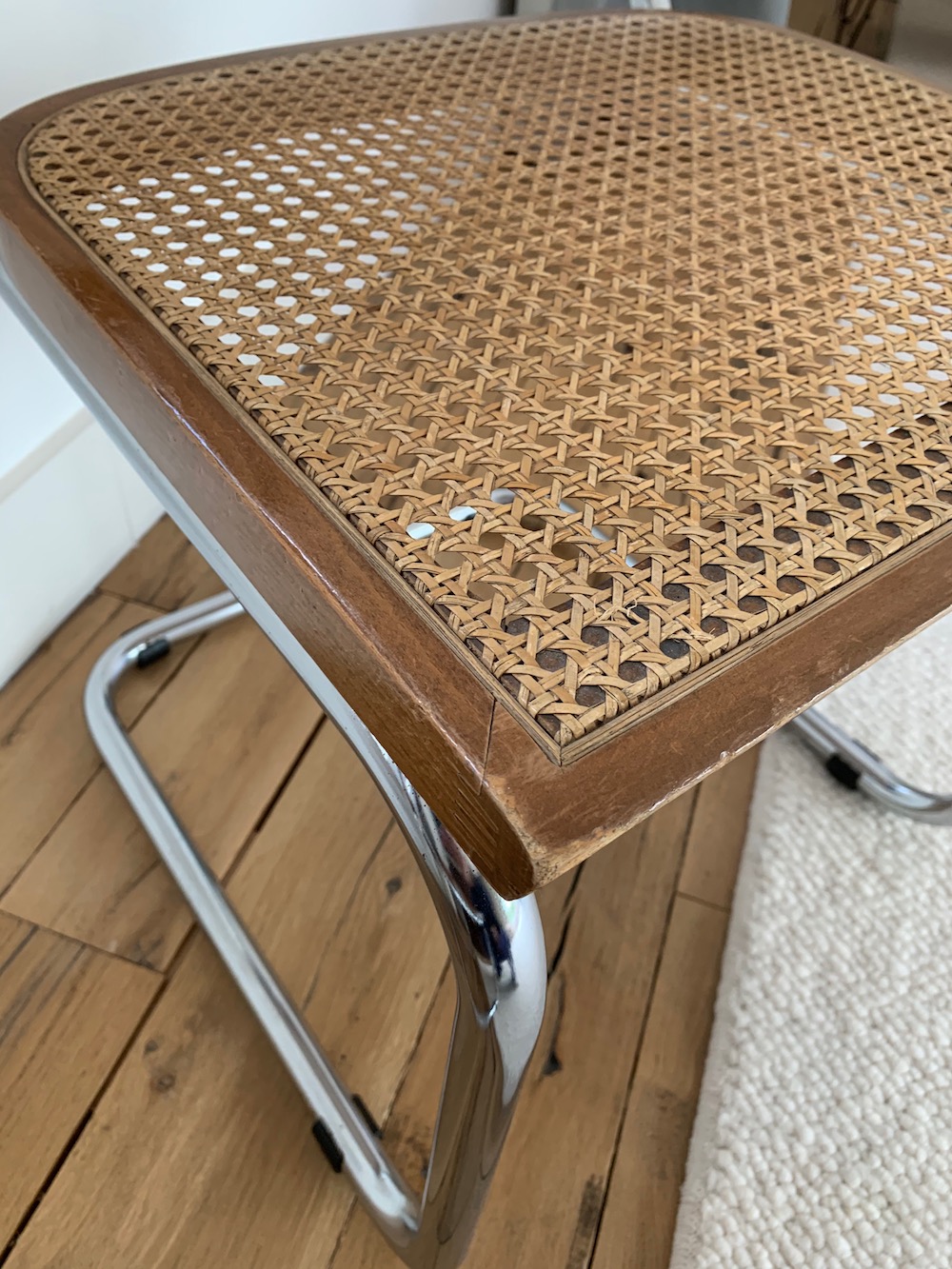 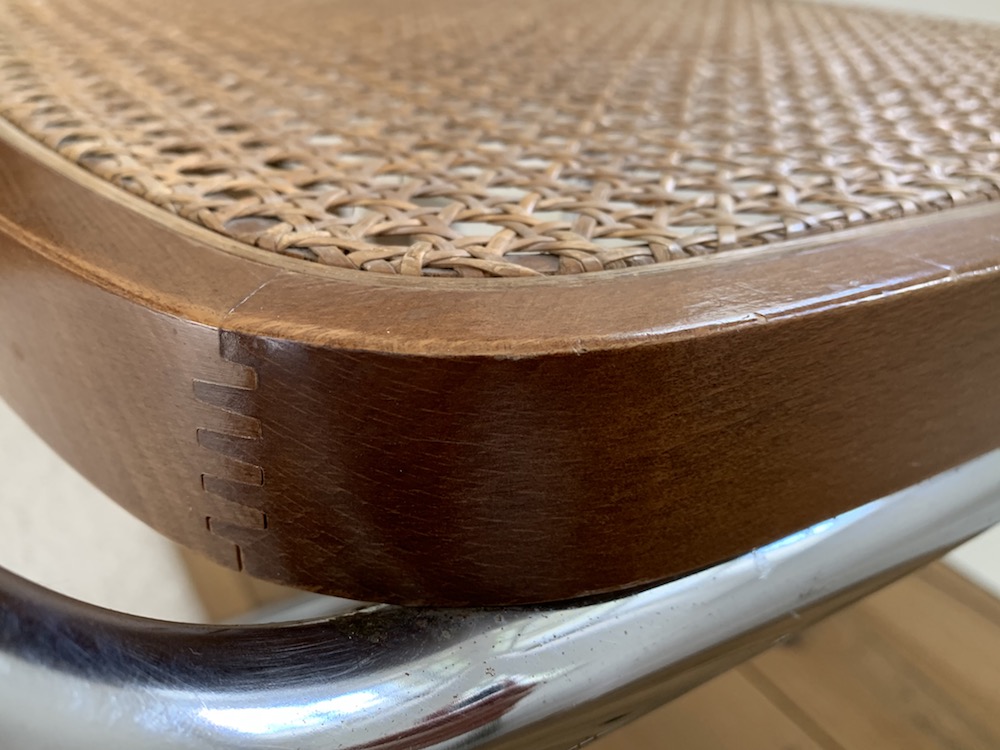 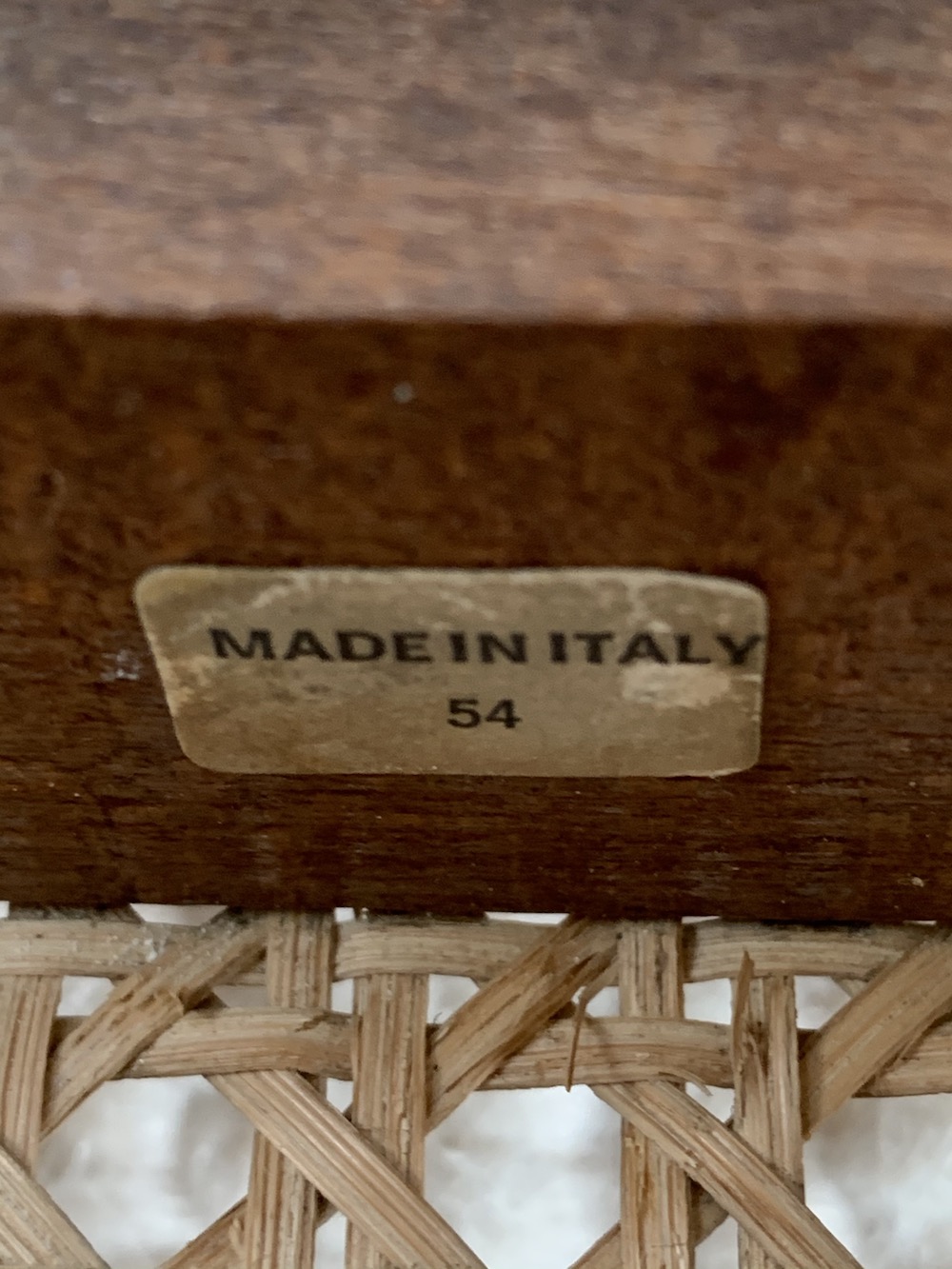 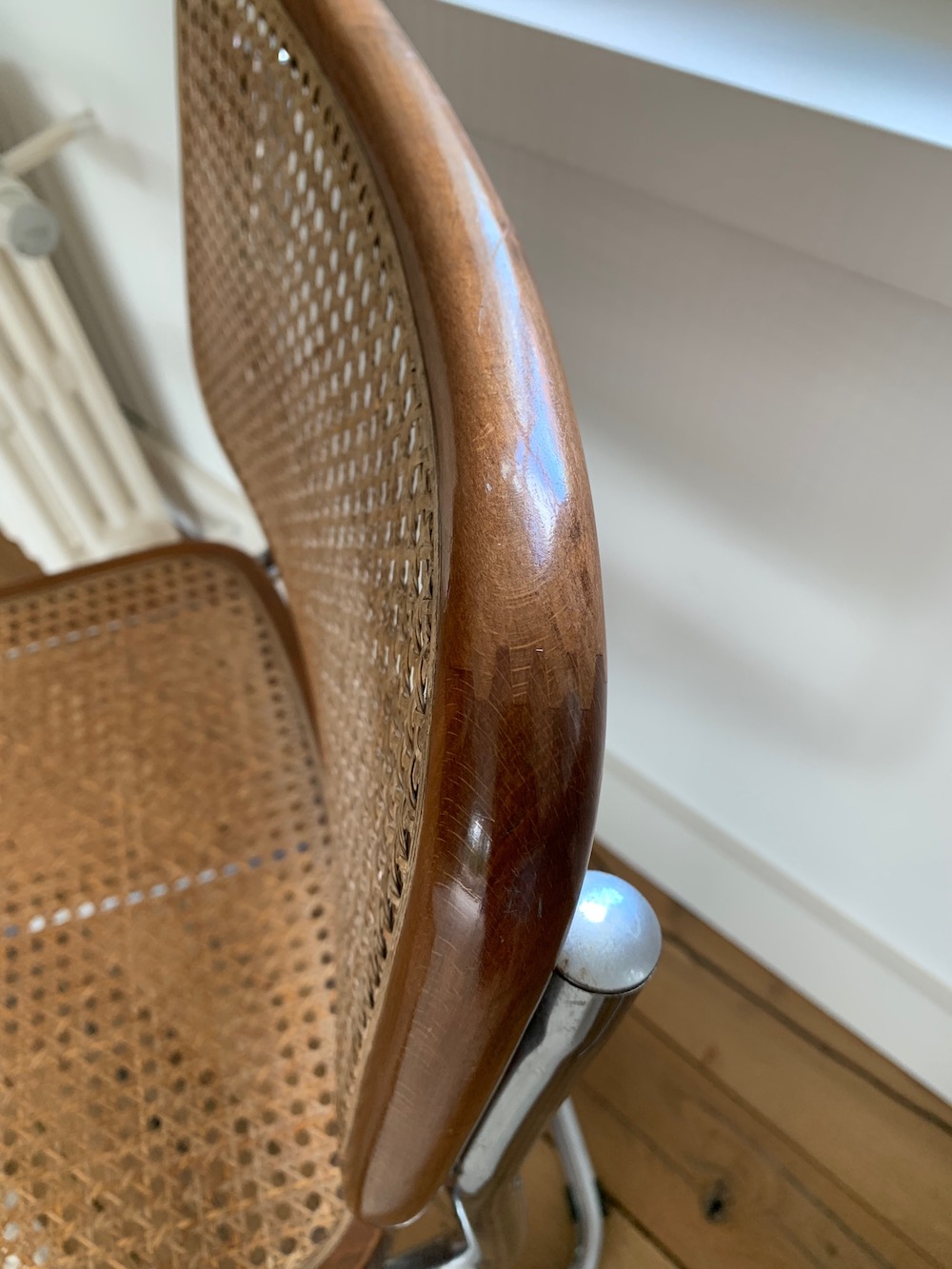