Beautiful set of 9 dining chairs by Austrian architect and designer Oswald Haerdtl (1899-1959). As he was both architect and designer Oswald Haerdtl could design hotels and also take care of the interior decoration of his projects. He produced furniture but also vases, cutlery and tableware. His furniture was firstly produced by Thonet and after that by Ton. These chairs were designed during the fifties. I already had several of these but I keep buying them because they have a lot of qualities. They look sturdy but are not heavy to carry, they are not often seen, they are very chic both from front-and backside. They can be used with or without a cushion and the backrest kind of "surrounds" your back which is very comfortable. These ones are in original condition, they have a great patina and apparently the numbers show they come from an administration but unfortunately I don't know which one exactly. Anyway they're great and can be mixed and matched easily with the other ones I have from Haerdtl. 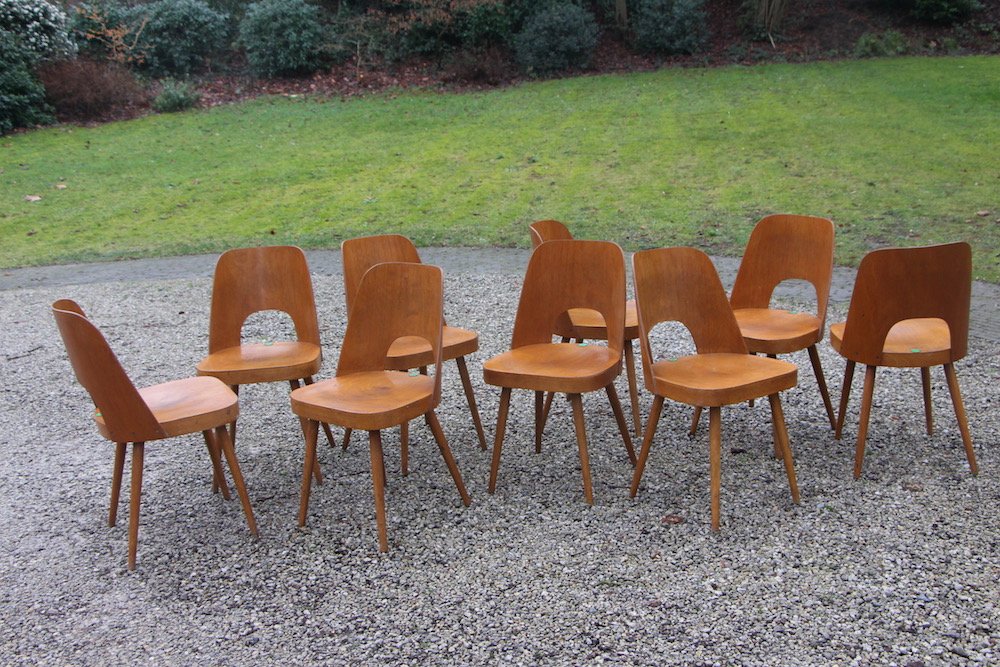 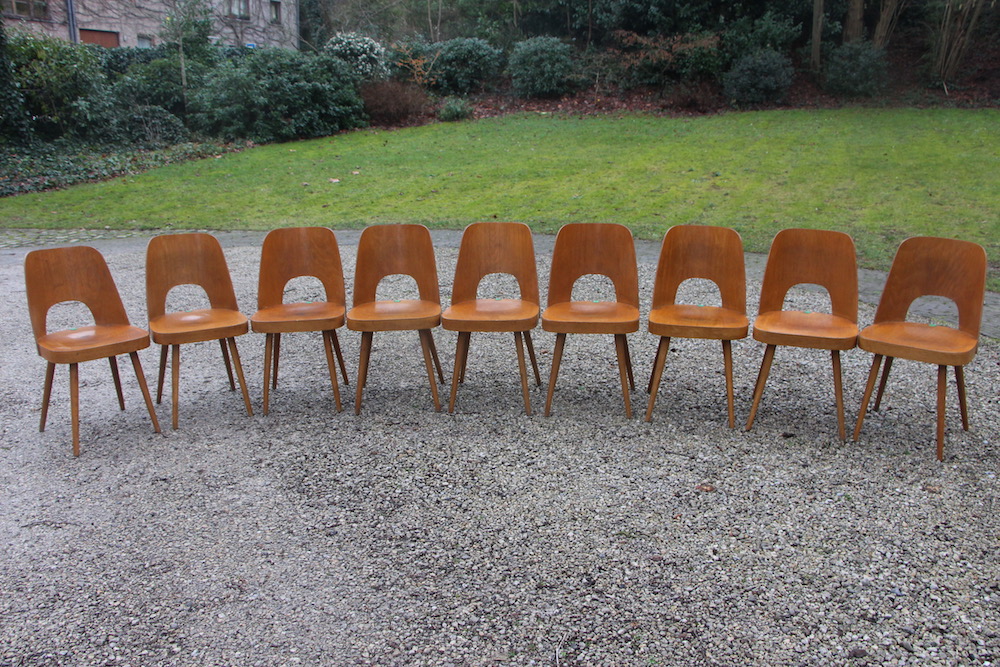 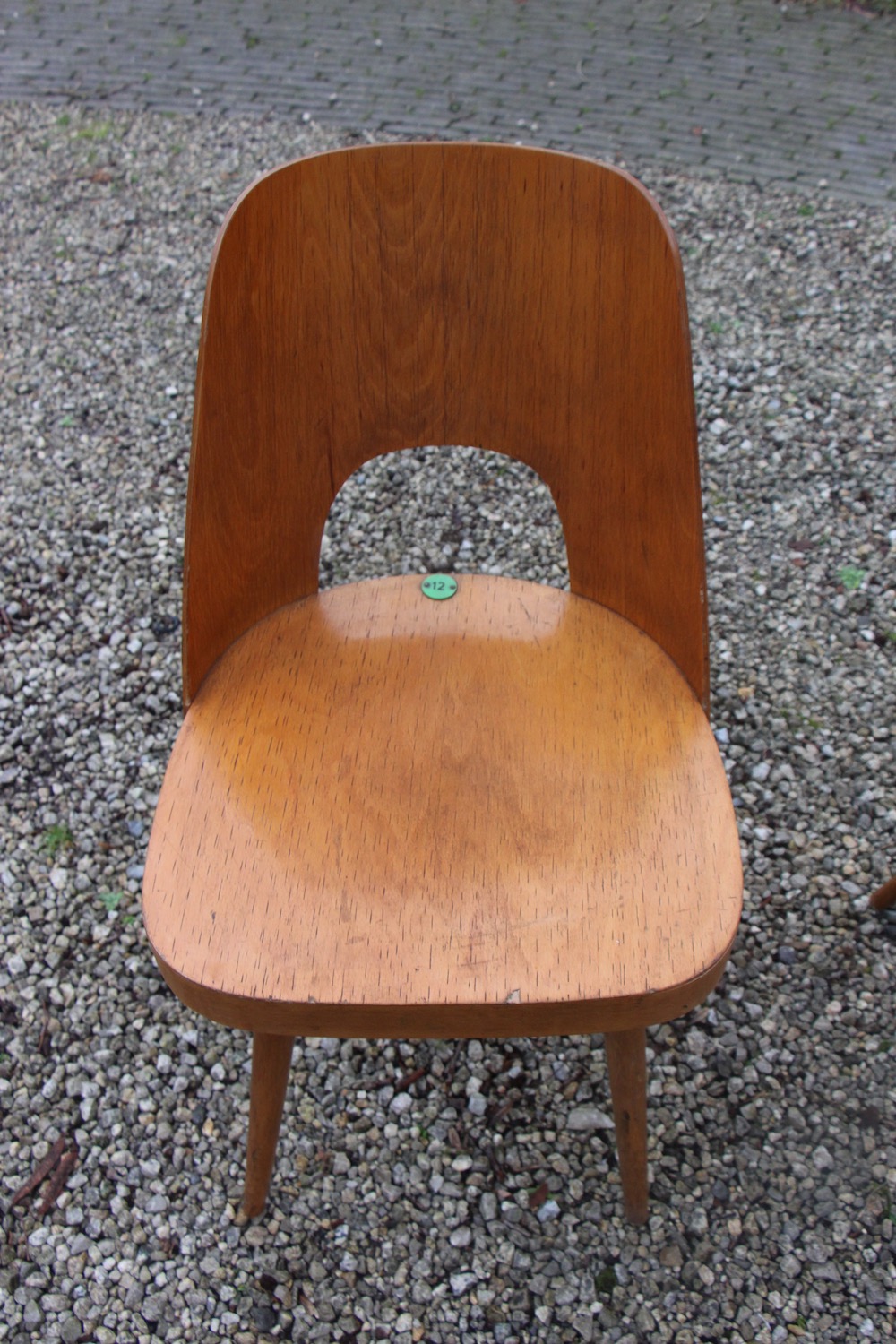 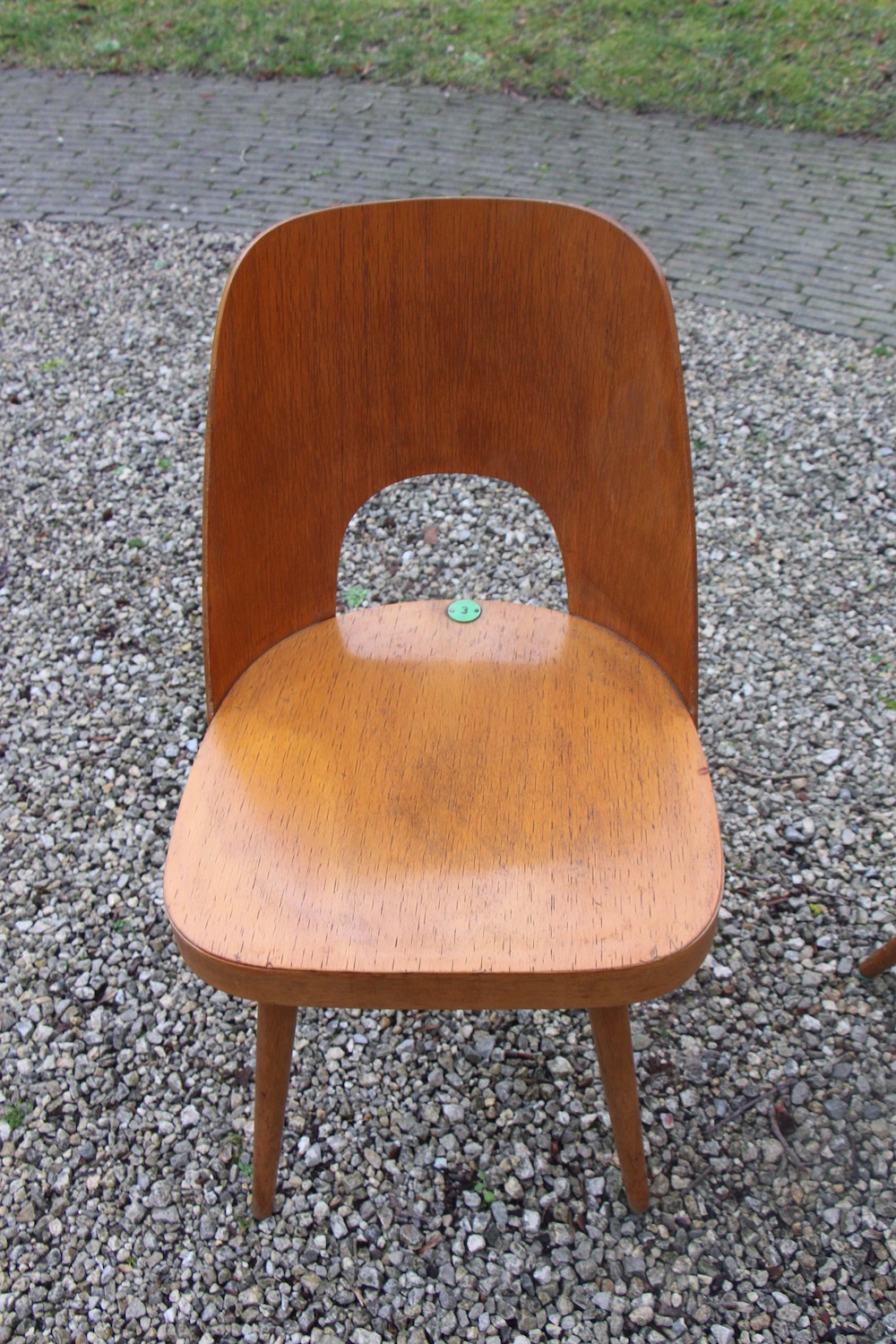 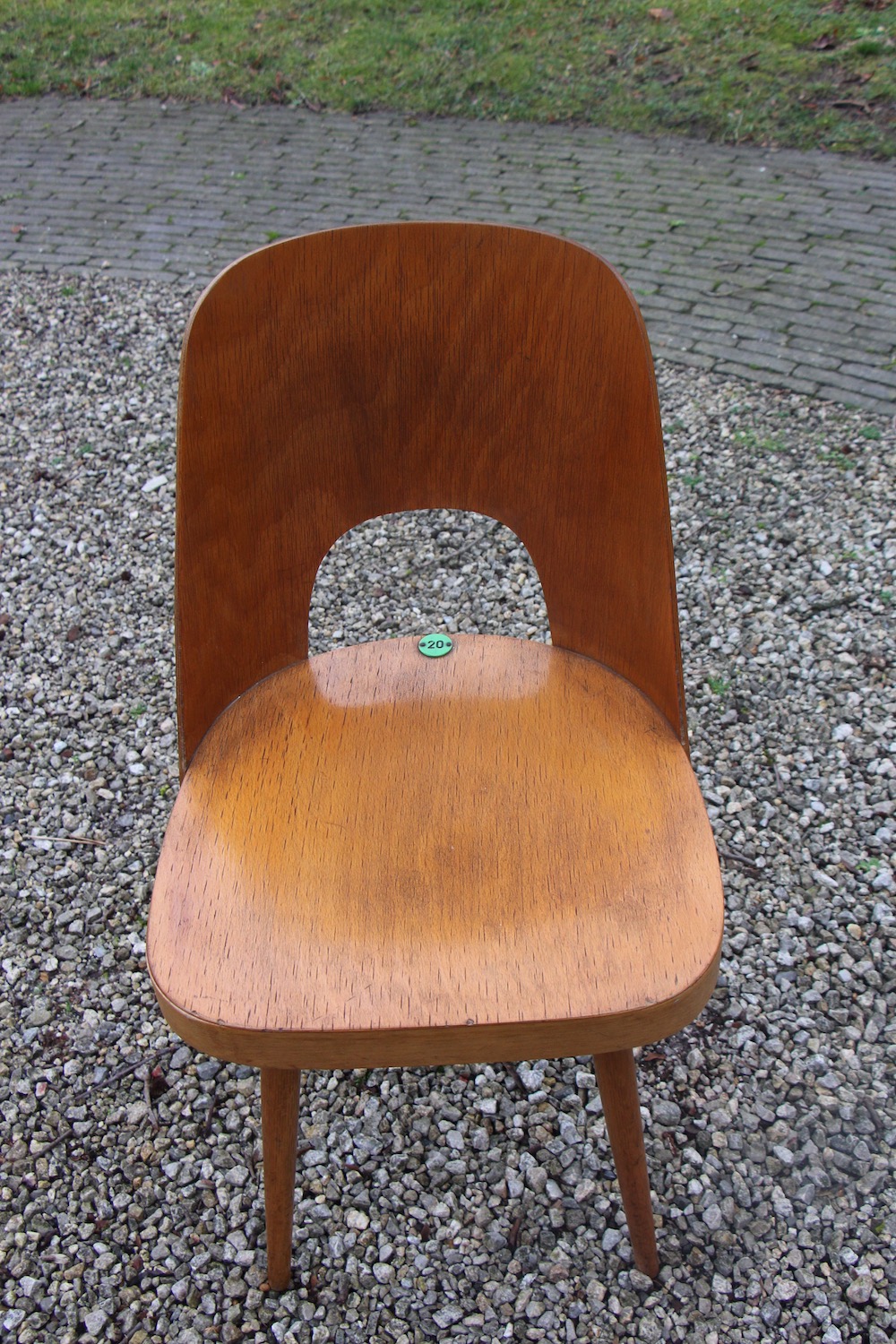