Pair of desk chairs by Charles and Ray Eames for Herman Miller/Vitra by Mobilier International (1957-1991) in Paris. The shells are La Fonda and their bases are not typically La Fonda because they usually do not come with swivel bases. They might as well have been originally sold in this state, I admit I have no idea. I bought these from someone who told me he had them for more than 30 years and always knew them like this.

As shown on the pictures you can see they have been used but their blue fabric is original and show absolutely no traces of stains. They still sit very comfortably and are perfect to be used as desk chairs. They could also fit a long table in a loft, or an old wooden kitchen which they would give a fresh and modern look. Their height can be adapted which is perfect if you want to use them for kids also. I love their low back and the beautiful white fiberglass which you can see from behind 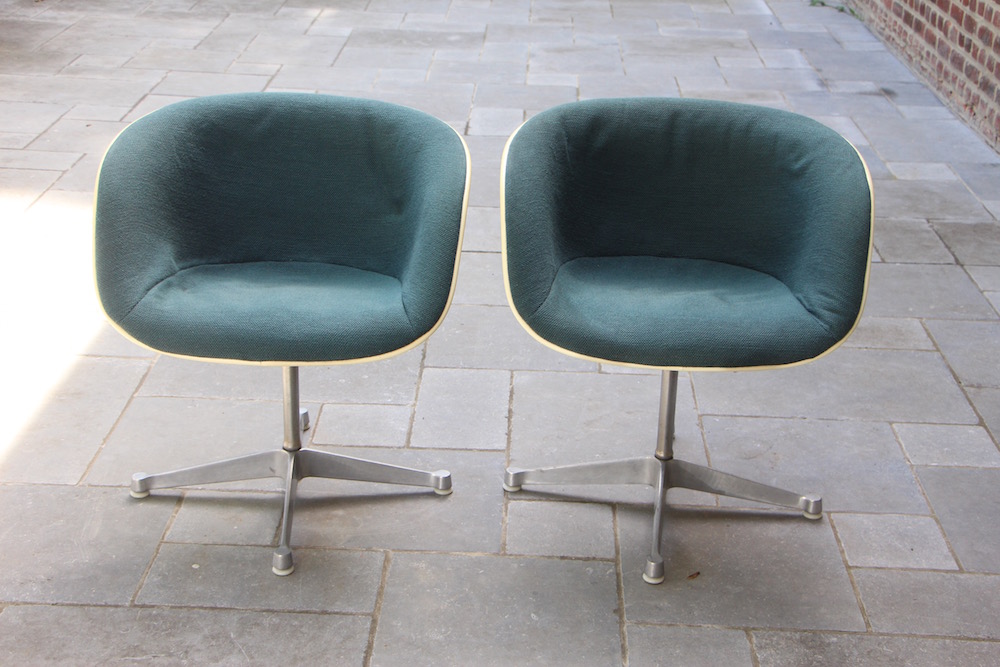 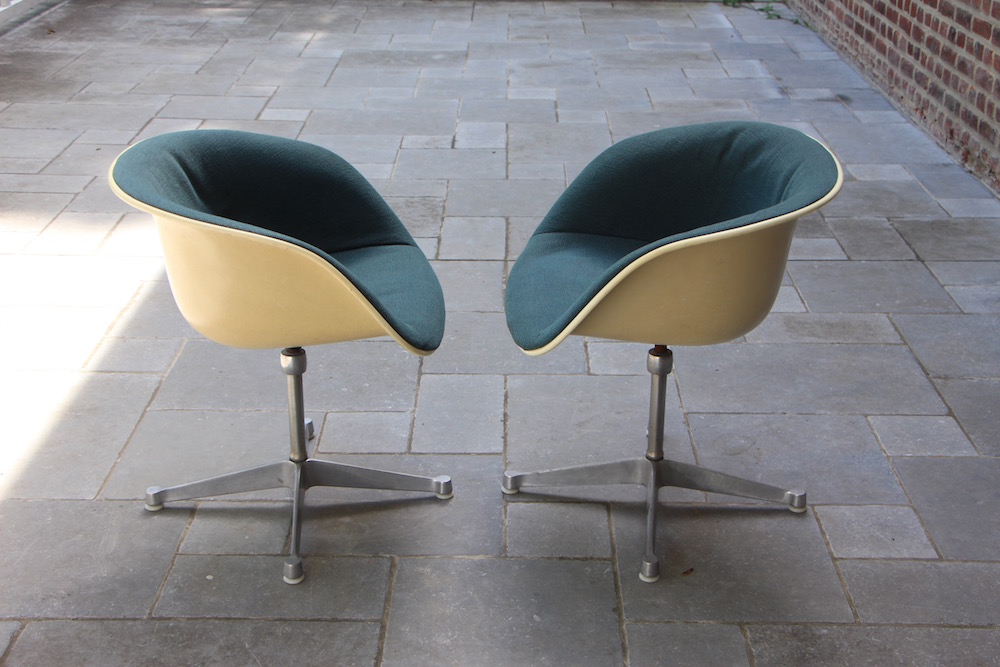 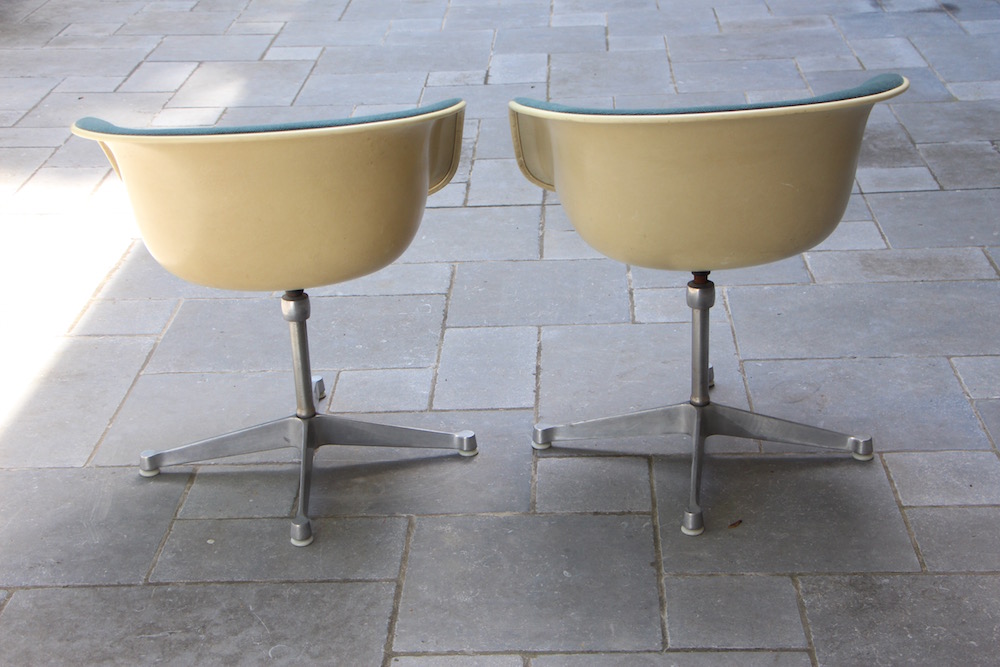 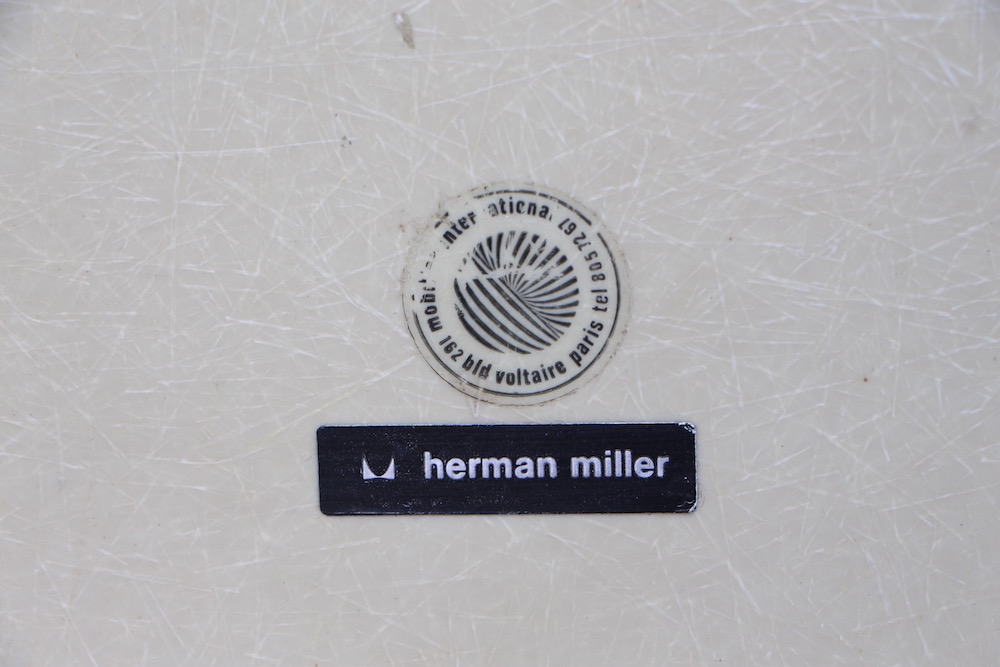 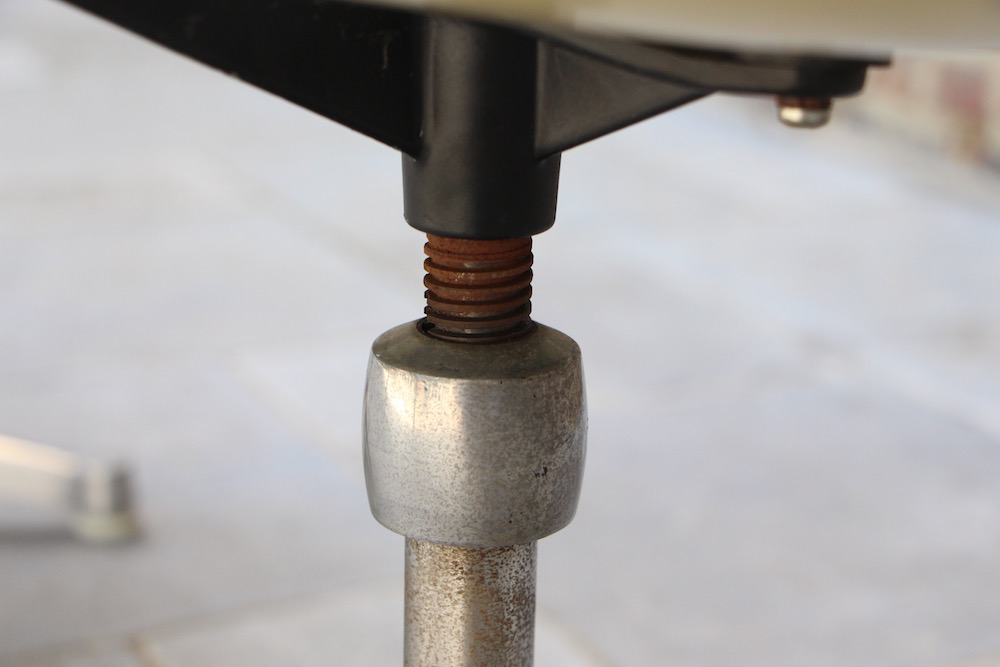