Stunning set of leather and chrome stools made for "les Arcs". Ch. Perriand (1903-1999) was a French architect and one of the founders of modern interior architecture. For several years she worked with Le Corbusier and Jean Jeanneret. She was extremely modern and totally in love with the mountains. Between 1967 and 1986 she participated to the conception of French ski resort "Les Arcs" (architecture and interior design). These stools are attributed to Perriand although they have only been used by her to furnish the interiors of "Les Arcs", the real designer's name has not yet been discovered. Nonetheless they have a fantastic look and the leather a magnificent patina. H : 76 cm 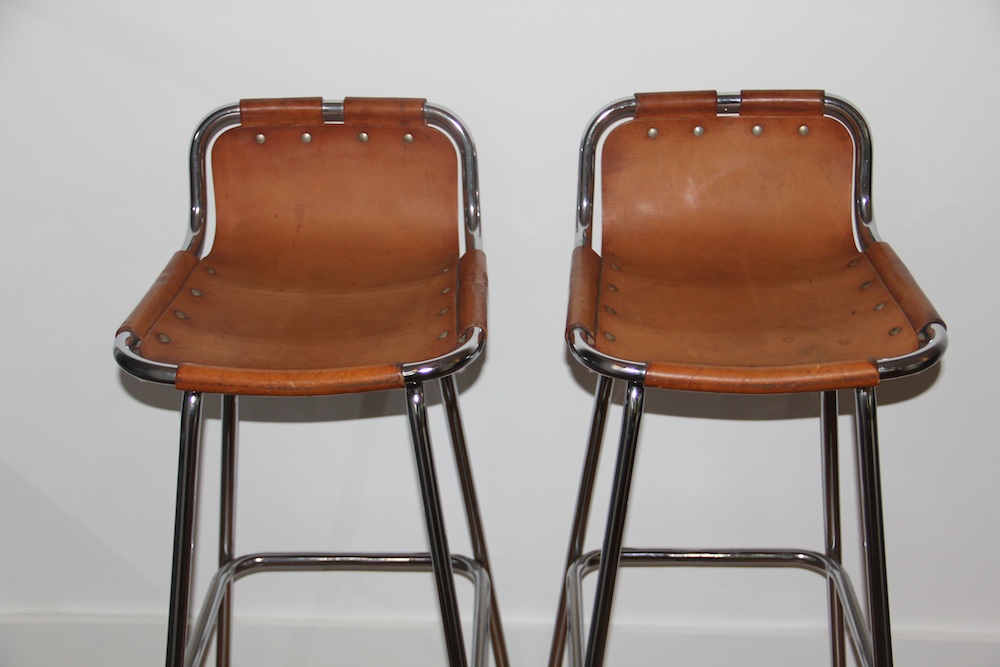 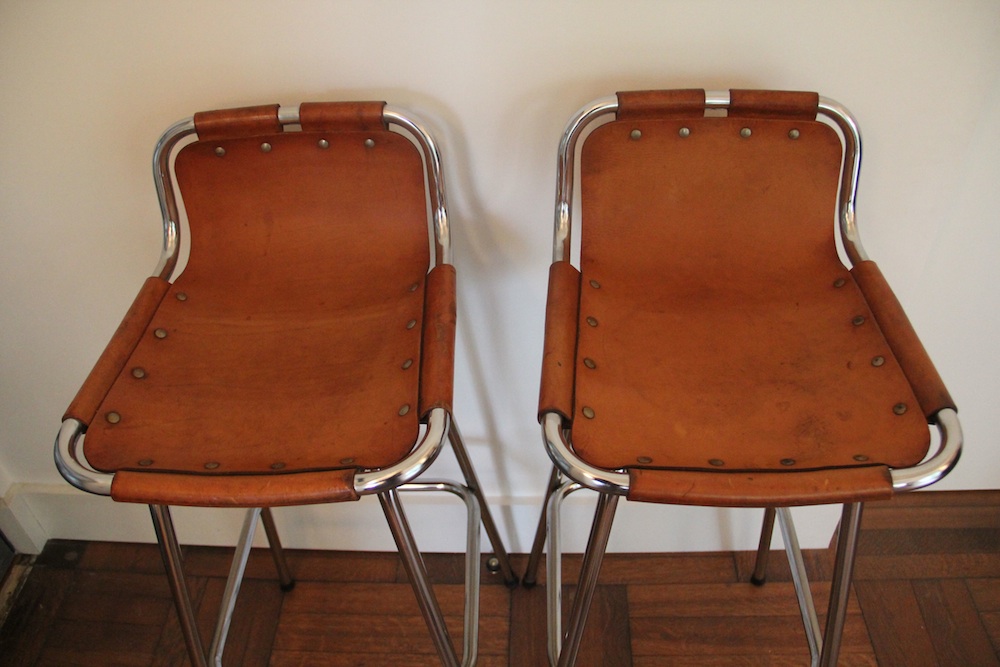 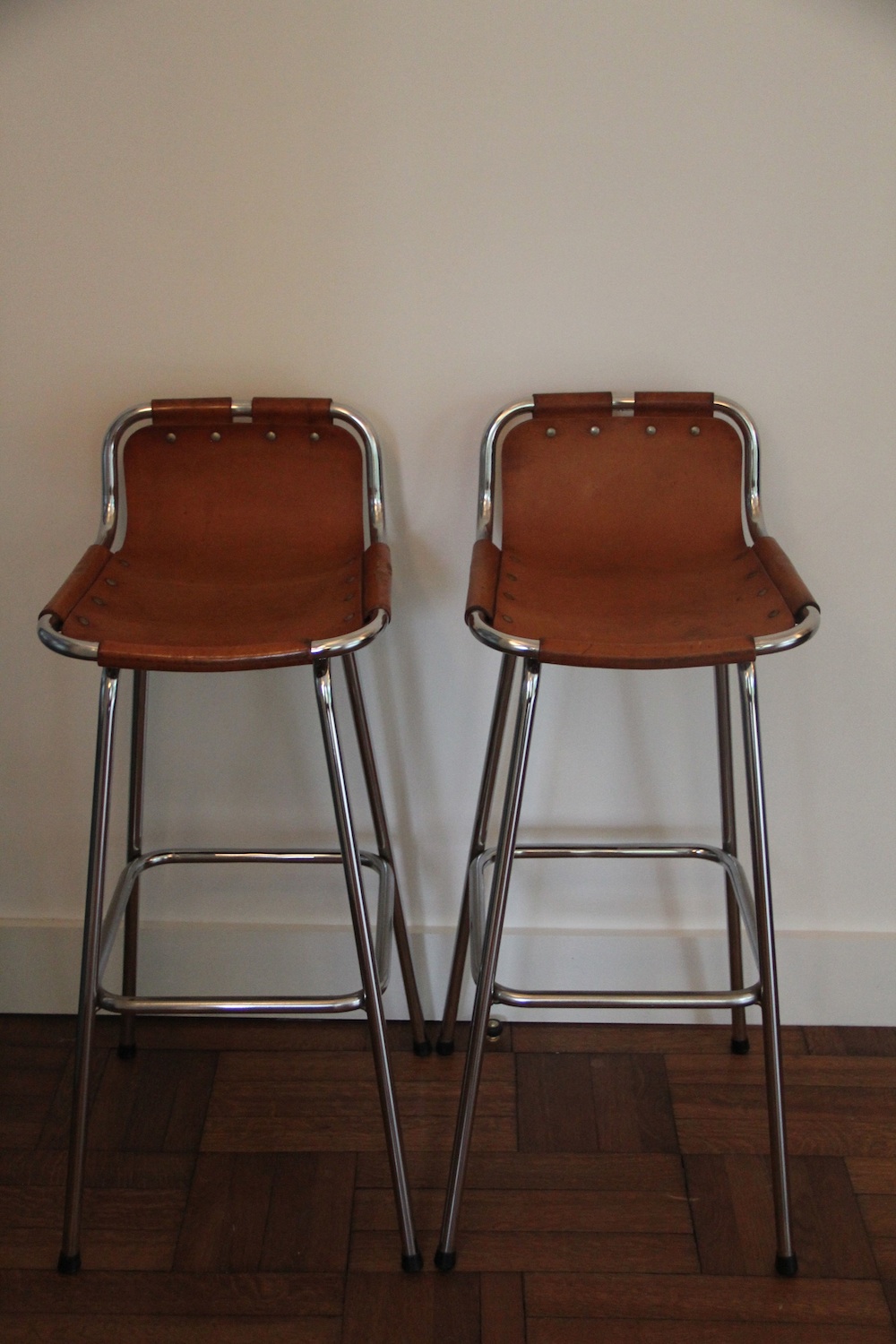 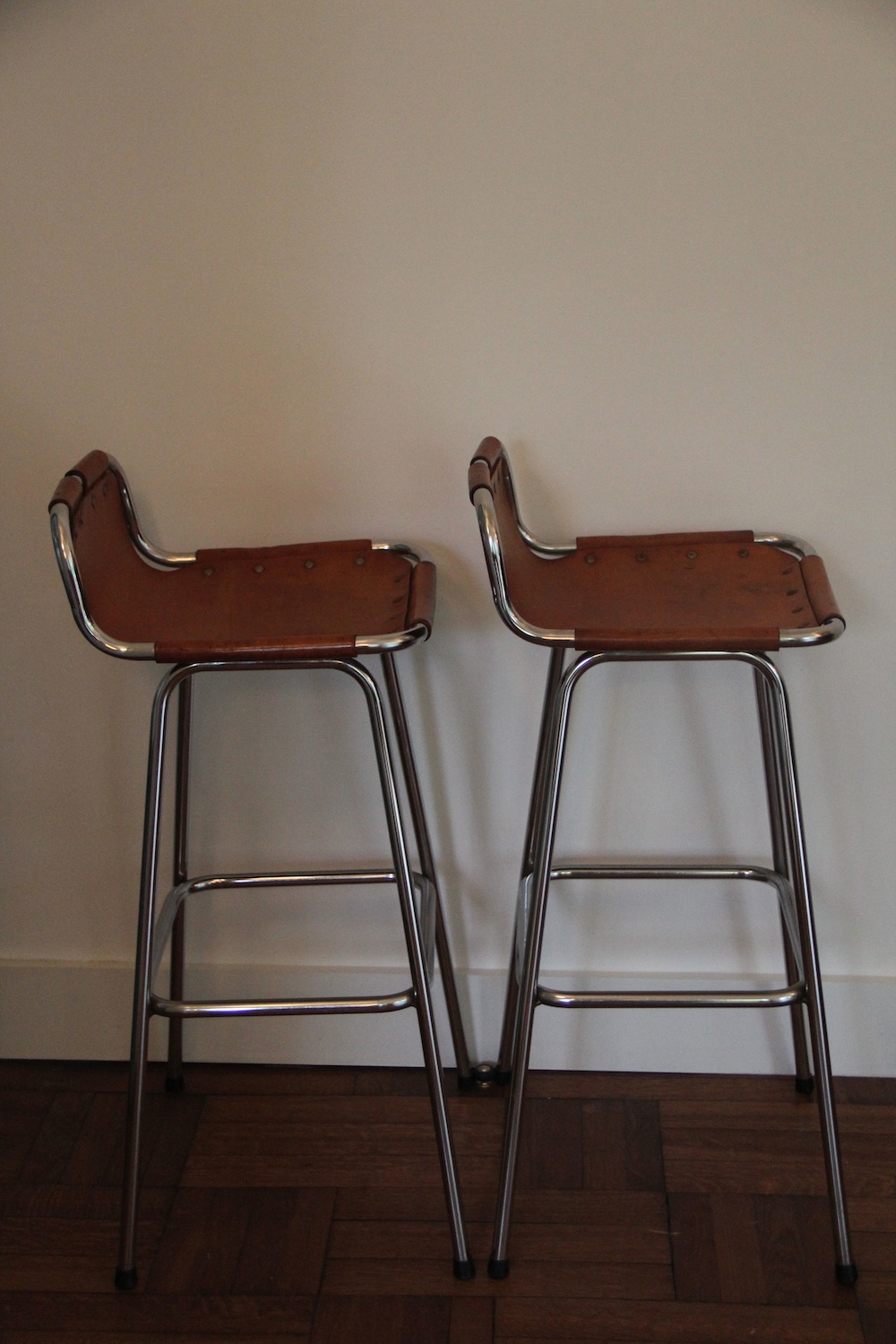